People Are Trying To Cancel The Shyamalan Movie ‘Split’, And It’s Time For A Drink 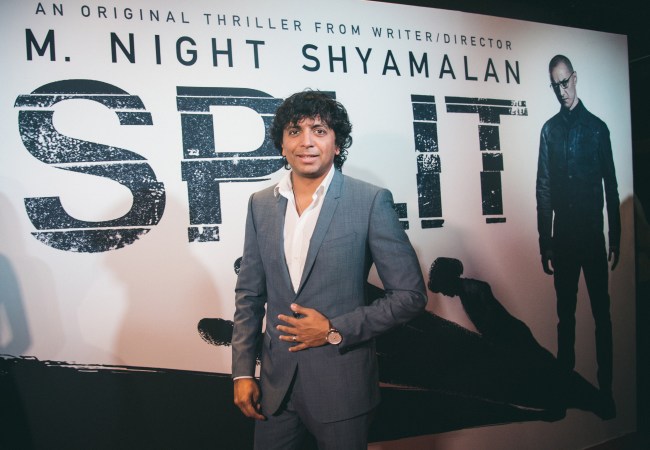 this movie literally implies that people with DID are “monsters” and it completely stigmatizes an already heavily stigmatized mental illness. this shit is just wack and ableist #GetSplitOffNetflix pic.twitter.com/2dXaeuzOxI

#GetSplitOffNetflix – the hashtag explained for dummies

If you’re someone who watches Split and comes away thinking that James McAvoy’s character accurately represents all people with Dissociative Identity Disorder, you are an idiot. The only people dumber than you would be people who think that the movie Split is… making people think that.

I’m trying to think of a parallel to this scenario but frankly, it’s quite hard. This is a new level of stupid that is making my brain react like an iPhone left out in the sun too long: it wants to shut down to protect itself.

Here’s the best I’ve got so far: it would be like watching Rain Man and assuming you can just take anyone with autism into a casino to make thousands of dollars. Anyone who would actually try something like that would be an idiot. Anyone who thinks the movie Rain Man made viewers understand autism as some blackjack code-breaking disease are even stupider.

These are movies. They’re not real.

There is a growing problem on Twitter right now. A portion of twitter users seem to have developed what I call Drax Syndrome. You know Drax from Guardians of the Galaxy, and how he doesn’t understand sarcasm or irony and takes everything literally? That’s what we’re seeing.

I’ve mentioned it on our podcast Oops, but my recent tiff with a group of young women over my age of consent song has brought this problem to light. If you missed it, I wrote a song about how the ages of consent in America vary from state to state, pointing out how ridiculous it is that there is no uniform law, and that MANY states have the age as low as 16.

Wish we’d sung this song instead of that stupid head, shoulders, knees bullshit

Most people got it, and realized that I was taking a shot at creeps, as well as satirically illustrating the absurdity of state consent laws. But many people didn’t, and they accused me of drawing a road map for pedophiles. They took the song literally. They Draxed themselves.

Maybe we’ll return to a place where everyone has a decent sense of what’s real and what’s not. Split seems like a good place to start.

Guys… its a movie. About a criminally insane person with DID. Not an average person.

Plus like, dude crawled on walls and ripped cell bars. If youre scared of people not seperating reality after watching THAT theyre a lost cause already.