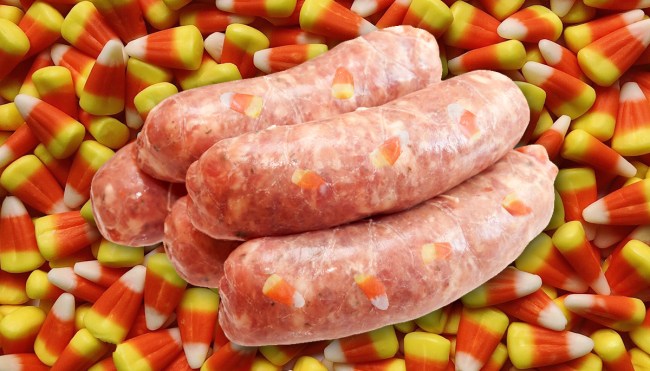 In the 1999 movie Dogma, Kevin Smith chucked a largely unsolicited stone at the state of Wisconsin from the comfort of his glass house in New Jersey, as Alan Rickman’s character joked the only fate worse than spending an eternity in hell is being confined within the borders of the Badger State until the end of time.

However, as a carnivore with an undying love for beer and deep-fried foods, I could certainly think of worse places to be stuck in than Wisconsin; a glorious land built on a foundation of meat raffles, bratwurst, and cheese curds where Miller High Life and Spotted Cow flows like the waters of Niagara.

With that said, Wisconsin isn’t without its faults, which I learned the hard way when I ordered an Old Fashioned at a bar there and watched in stunned silence as the person behind it poured a mixture of brandy and 7-Up into a rocks glass.

However, my reaction to that mixology crime has nothing on the combination of shock and horror I was forced to grapple with when I recently stumbled upon a new item being served up at the meat counter at Jenifer St. Market in the capital city of Madison. With Halloween just around the corner, the mad scientists at the store decided to whip up the sausage equivalent of Frankenstein’s Monster in the form of “Spook”Toberfest brats stuffed with…pieces of candy corn.

CANDY CORN BRAT! 👅🤯@Isabel_NBC15 and I stopped by @jeniferstmarket on Madison's Eastside to try this Franken-weenie! Verdict: pretty darn good! Just a little sweetness to go along with your tasty brat.

The brats may have received the coveted seal of approval from the NBC15 team, but it’s safe to say plenty of people who came across those cursed images on their timeline are a bit more skeptical.

I hope thst evrty chair you sit in has one leg a little lower than the rest. https://t.co/FCV3Pt5ow7

WTF is wrong with the American Midwest. https://t.co/o76fZdANXY

As a Wisconsite, and lover of both brats and candy corn, that is a crime against humanity. pic.twitter.com/IDLXEClfsZ

This is a war crime. https://t.co/W3LaMRMKko

why would you hurt yourselves and others in this way?

I’m personally going to give these the benefit of the doubt, as it’s safe to assume the candy corn will melt during the cooking process to give the brat a subtle sweetness (it’s basically a super-processed version of maple breakfast sausage). At the very least, it can’t be worse than the candy corn pizza I willingly subjected myself to a few years ago.