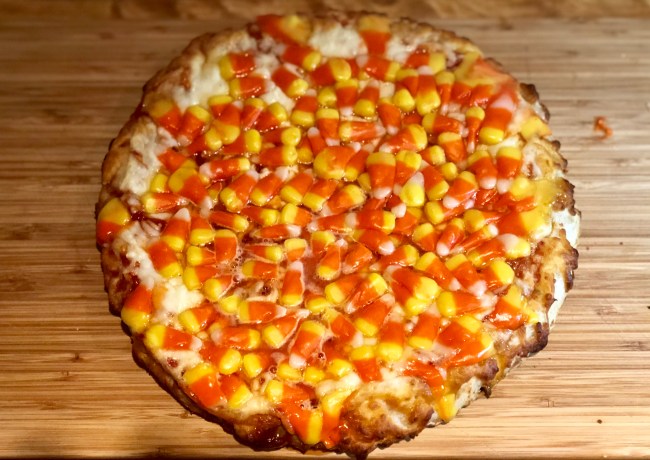 Halloween is all but here, and over the past month or so, people around the world have taken part in their favorite traditions, whether it’s figuring out how to make the Notre Dame fire “sexy,” wearing that costume to a party two weeks before the actual holiday, or trying to convince parents someone would give away perfectly good edibles to small children.

Speaking of candy—damn, I nailed that segue—October also means it’s time for the internet to come together and argue about what Halloween treat reigns supreme, and while no one seems to be able to come to an agreement, there’s one that traditionally ends up in the basement of the power rankings: candy corn.

I personally don’t have anything against candy corn—I’d place it somewhere between Raisenets and Mike and Ike if I was forced to do a ranking of my own—but it manages to inspire an impressive amount of disgust among the general population.

However, even if you’re a fan of shoveling candy corn into your mouth with reckless abandon, I think we can all agree there’s one place it doesn’t belong: on top of a fucking pizza, which is exactly where someone on Twitter decided to put it a couple of years ago.

Tis the season my dudes pic.twitter.com/BzNqeaY191

That tweet made its way into my timeline last week, and as someone who’s tried plenty of weird foods (and even made them myself), I figured I’d take one for the team to see if candy corn pizza is as gross as it sounds.

I poked around the internet to see if there was some sort of recipe I was supposed to follow to no real avail so I put together one of my own.

Here’s a visual guide if you somehow need one. 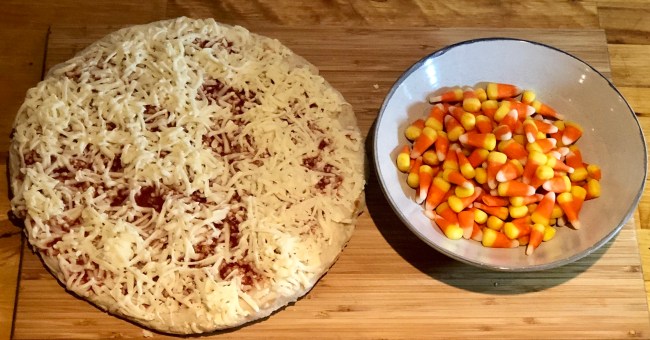 Now, all you need to do is follow these steps:

If you can’t picture that first (and only) step, I got you. 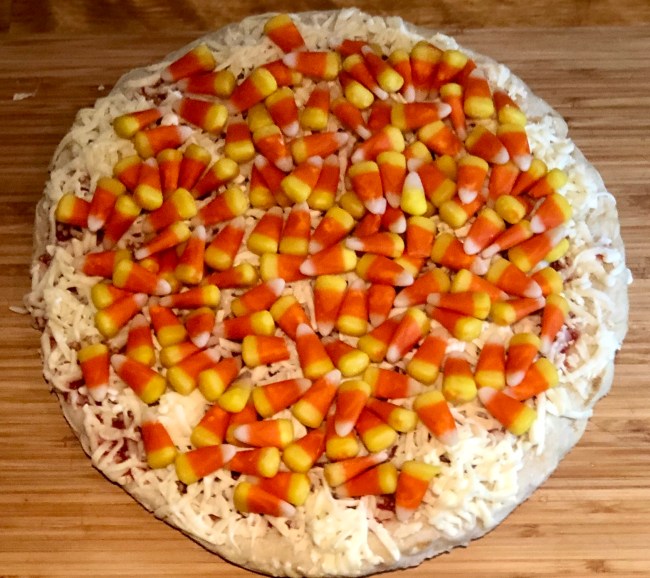 All the frozen pizza companies I reached out to in an attempt to get a sponsor for this post rudely ignored my emails and tweets so I won’t be listing the instructions I followed in order to cook my candy corn pizza at the risk of inadvertently giving one of them free publicity. Instead, I suggest you follow the baking guidelines on the box encasing whatever pie you purchase.

After letting it cool for a few minutes, I cut the pizza into slices and was greeted with what can only be described as a deluge of neon orange juices that quickly overflowed the cutting board upon which it rested.

I frantically mopped up the ever-growing puddle to no real avail as it dripped onto the floor, where my dog scurried over to help with the cleanup, which resulted in me receiving some virtual scorn from canine lovers after a cursory Google search to see if dogs can have candy corn (they decidedly cannot).

Thankfully, she seemed fine, and based on the unblinking stare I was on the receiving end of, she also seemed to have liked what she’d licked up. 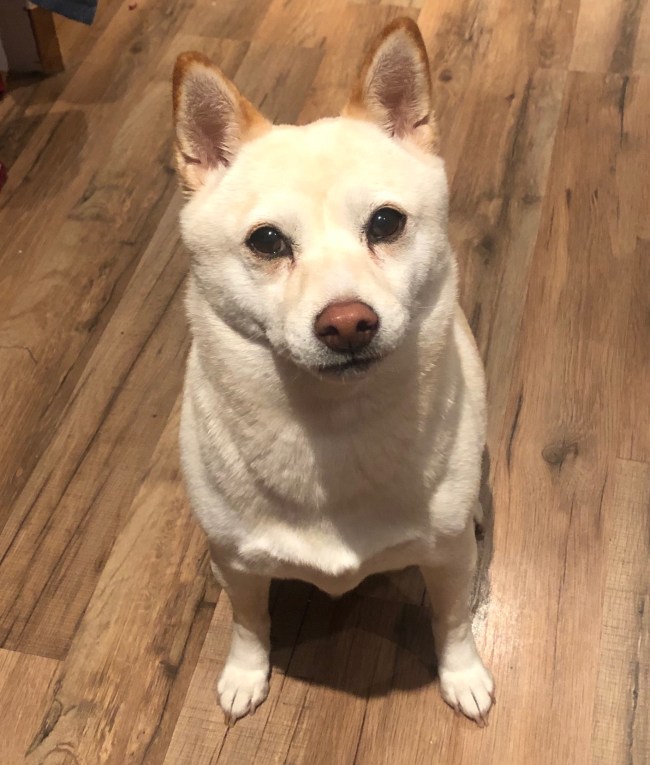 Of course, this is the same dog that has a habit of eating dead pigeons on the sidewalk when given the opportunity so it didn’t give me much confidence that I’d ultimately enjoy the end product.

I finally contained the mess and tried to see if there was anything else I needed to do before digging in but could find nothing to help delay the inevitable. This was it. There was no turning back now.

I selected the smallest triangle after a cursory glance and took the first bite, and to my surprise, I didn’t immediately gag. It tasted like, well, a cheese pizza.

A sickly sweetness quickly overpowered the cheese and sauce and the flavor coated my tongue before filling every corner of my mouth with that unmistakable candy corn taste and an indescribable texture. The gagging had finally arrived and it didn’t go away until I spit out the pizza into the trash can before unceremoniously dumping the rest of the pie in as well.

I don’t know what I was expecting, but in hindsight, it was exactly what I should have expected.

So, what’s the verdict on candy corn pizza? Not great!

Don’t try this at home, kids. In fact, don’t try it anywhere.