A War Is Being Waged On Twitter Over The Best Candy 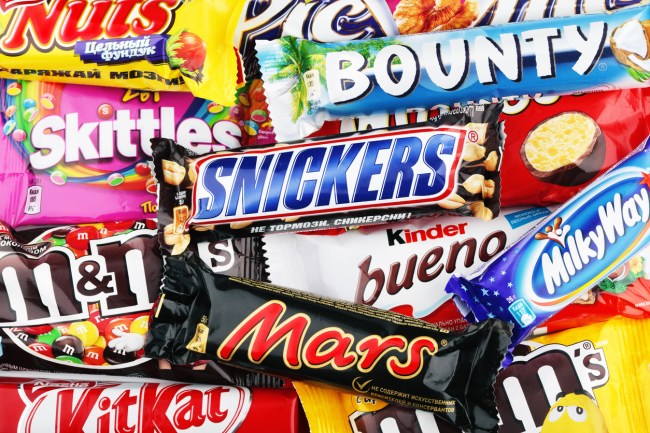 We are getting close to it being full-blown Halloween season and soon you’ll be buying Halloween candy. But what kind of candy a resident hands out to trick or treaters says a lot about them. Are you a full-size Snickers household or a house that gives out cheap-ass Necco wafer, just asking for your house to be egged on Mischief Night? But even 40 days before Halloween, people are waging a war about candy on Twitter and it is getting ugly.

On Saturday afternoon, radio anchor Liz Dueweke posed a simple question about candy. She shared a photo of six different popular chocolate candies: Snickers, Milky Way, M&M’s, Kit Kats, Reese’s and Twix. She then orchestrated a Sophie’s Choice: “One has to go. Forever. Which one do you choose?”

One has to go. Forever. Which one do you choose? pic.twitter.com/IBFF1nuvr0

The internet broke into a civil war over the candy dilemma. There were a large number of people who suggested that Milky Way was the worst candy.

Milky Way is the Ford Taurus of candy bars. Considered to be very popular, but no one would even notice if it went out of production. https://t.co/dap0Y2DLyb

away with Milky Way https://t.co/xGqj6KUyA4

Anyone who doesn’t eject Milky Way is a cop https://t.co/vjqT8OF9sB

There was the anti-Kit Kat brigade.

There were people who said that Snickers (arguably the best candy bar on the planet) are the worst candy of the bunch and those people should be forced to undergo a psychological evaluation.

Snickers. Who needs peanuts getting in the way of sugar? https://t.co/lPsjPLl8oX

Snickers. Who needs peanuts getting in the way of sugar? https://t.co/lPsjPLl8oX

Some lunatics voted off Reese’s, which is blasphemy. It’s peanut butter and chocolate. Only monsters could possibly hate that holy combination.

Dunno about the rest of em but I have a personal vendetta against them overrated ass Reese’s cups. https://t.co/d6wUIW99aH

Other people said Twix was the odd candy out, which is ridiculous because it is not only candy, but it is also a cookie. How do you not love that?

Twix. It's the untalented understudy you pray never has to go on for KitKat. https://t.co/lSL5c50xK5

You simply cannot get Twix out of your teeth w/o assistance. It must go.

Then there were the people who will be on the right side of history who said that plain M&Ms were the trash candy that isn’t in the class of these other delicious candy bars.

Fun sized M&M's without the nuts has to go forever https://t.co/9Np6wuj0OO

If this was Peanut M&M’s or Peanut Butter M&M’s that would be a real humdinger, but plain M&M’s are garbage. I know it, you know it, Mars knows it and that’s why God told man to create Peanut M&M’s.

The correct ranking of these candies are as follows: