How To Turn Any Beer, Cocktail Or Even Coffee Into A Cannabis Treat 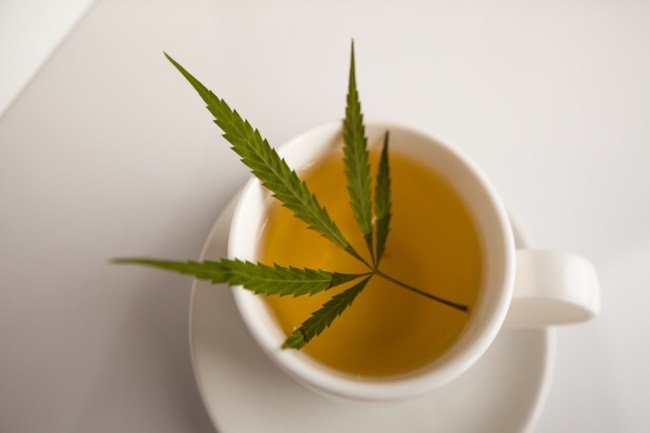 Marijuana is now legal in a handful of states for recreational use. This means it is now just as easy in some parts of the Land of the Free to buy weed as it is to purchase beer, whiskey and other alcoholic beverage. But there is still a crippling social stigma associated with all things marijuana, making it difficult for the average cannabis connoisseur to relish in the stoned effects of his or her inebriant of choice in the same way that their peers might at cocktail hour.

Most laws surrounding legal marijuana do not allow cannabis users to fire up a joint or even hit a vape pen in a public setting. Social marijuana use simply has not taken off in the same way as it has with alcohol. In fact, Denver is the only city in America experimenting with this concept. Because of this, it is almost impossible to use legal weed anywhere with the exception of a private residence. Fortunately, we have discovered a cheat — an inconspicuous method for using marijuana anytime, anywhere without running the risk of getting thrown out of a bar, coffeeshop, concert or sporting event. Pay close attention Bro’s – this is your crash course on the mad science behind cannabis tinctures.

What is a Cannabis Tincture?

Cannabis tinctures are basically THC-infused hard liquor. Back before the federal government decided that marijuana should be a banned substance, cannabis tinctures, often referred to as “Green Dragon,” were sold in pharmacies all across the nation. But do not underestimate these concoctions. They are no joke. Consuming tinctures is perhaps one of the fiercest methods to getting stoned, aside from doing dabs.

And unlike other edible cannabis products, which can sometimes take hours to feel the effects, tinctures act relatively fast. They can be taken by simply dropping a dose under the tongue or by mixing them with beer, cocktails or even coffee. Essentially, any beverage a person wants to turn into an elixir of all highness can be done with a few drops of a cannabis tincture.

Where Does a Bro Find Cannabis Tinctures?

Anyone living in a legal marijuana state can walk into a neighborhood marijuana dispensary and find a variety of cannabis tinctures and other liquid cannabis products that can be used to turn beverages into THC treats. But for those folks living in areas of prohibition, finding these types of products on the black market can be tough. Try asking your local pot dealer for a cannabis tincture and they’ll probably stop returning your calls. The good news is tinctures are easy to manufacture in a basic home kitchen. What’s more is the process is completely safe. That failing grade you have in chemistry will not be a problem.

How Does a Bro Make Cannabis Tinctures?

The simplest way to create cannabis tinctures, cannabis oil and cannabutter is to invest in a Magical Butter machine. This device, which retails for under $200, is like a slow cooker for edible pot creations. All a user has to do is decarboxylate the flower, put the ingredients in to the contraption and let it do its thing. In a matter of hours, the Magical Butter machine produces the desired product. Here’s a video on how the manufacture a tincture with this machine.

But for the budget conscious Bro, cannabis tinctures can be made at home with an oven, a mason jar, alcohol and a strainer.

The effects of a cannabis tincture are almost instantaneous when dropped under the tongue. But give it time before taking more. The full effect will come in around 15 minutes. When dropped into a beer, cocktail or coffee (any beverage), it can take up to 45 minutes for the THC to grab hold. Yet, it can take up to 90 minute to peak. So keep that in mind. It is advised to start with 1/4 dropper under your tongue. Wait 15 minutes, and if you’re not high enough, try another 1/4 dropper. Repeat until you achieve the desired effect. This technique will help you determine how much of the mixture can be put in a drink without going overboard. Also keep in mind that if you are combining the tincture with alcoholic beverages, the effects will be magnified. So just be careful.

If you notice the tincture is not dark or it doesn’t seem to pack the punch you had hoped for, it could be too diluted. To remedy this leave the jar open overnight to let some of the alcohol evaporate. You’ll eventually want to transfer your cannabis tincture to a dark colored eyedropper bottle. These can be hard to find at local retailers. However, Amazon has a pack of six for less than six bucks. Other Internet sources will also make these bottles easy to track down.

Once the tincture is in an eyedropper, it be can be carried into any bar, restaurant, or event center undetected. At that point, the process of consuming marijuana is as easy as putting a few drops of it into your beverage of choice. The effects of the mixture will last longer than smoking a joint or hitting a vaporizer, but less than edibles made with butter or oil. Just experiment with it and figure out what works best for you.