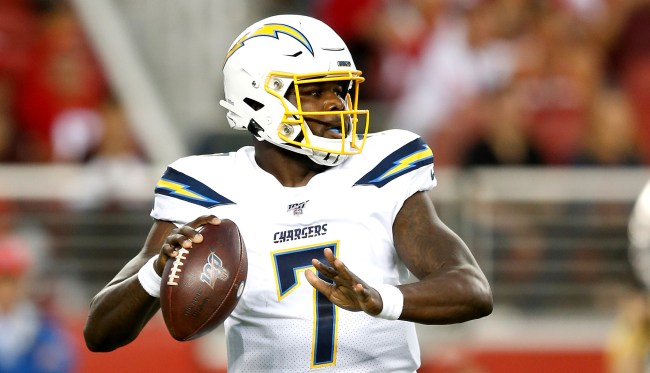 Tuesday was a big day for former Ohio State quarterback and 2015 NCAA national champion Cardale Jones. Thanks to XFL: The Sequel, Jones, who was released by both the Chargers as well as the Seahwaks in a span of just eight days this summer, is getting another shot to play football at the professional level (sort of).

That shot will come as the new quarterback of the XFL’s new D.C. Defenders.

As in Washington D.C., the same place that another former Ohio State quarterback is currently employed by the Redskins, Dwayne Haskins.

Haskins took notice of Jones’ big announcement and congratulated his fellow Buckeye on his new gig.

Jones and Haskins were never actually teammates at Ohio State, Cardale left after the 2015 season and Dwayne arrived there in 2016, however, the Buckeye love is obviously still strong with Haskins.

All of which led to an awesome little Twitter conversation between the two D.C. QBs.

Sounds like Haskins, who has already thrown six more passes in his NFL career than Jones did in his, is ready to make the move.

Perhaps Haskins, 12-Gauge, and new D.C. Defender Chase Farris, also an Ohio State grad, can get a nice loft together somewhere in Georgetown.