The Internet Rips The XFL After They Tell Agents The Average Player Salary Will Be $55,000 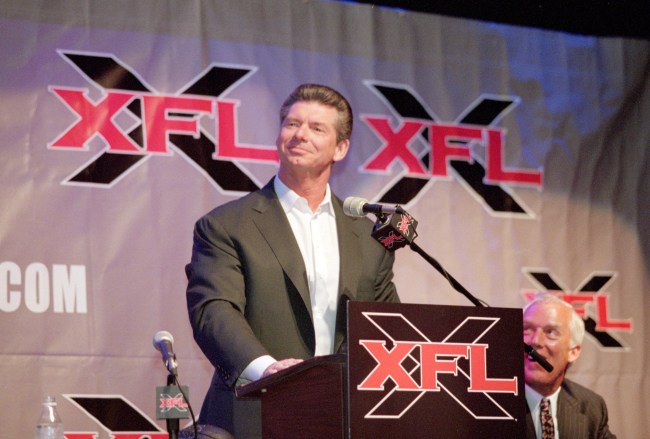 The XFL draft is going down later this week and it appears that we already know what the league is offering players in terms of salary.

According to various reports, the XFL is telling agents that the average player salary will be about $55k.

JUST IN: The XFL has just sent agents of prospective players salary information. With AAF not around, the money is less. First contract is from Dec. 4 to May 31. Guaranteed pay on standard contract is $1,040 a week. Max per week is $4,947, including active roster + win bonuses.

XFL players will make an average salary of $55,000 a year, the upstart league wrote in a memo distributed to player agents.

The memo states that players who are drafted and retained by XFL teams will become full-time employees as of December 4, 2019, and if they remain on a roster they will remain employed through May 31, 2020. Between the base salary, a bonus for being active on game days and a bonus for being on the winning team, the average player will make $55,000 a year.

Once the players salaries were revealed journalists, fans and former players ripped into the new league.

XFL average salary is suppose to be $55,000. Good luck finding top talent for that, you’re better off coming over to Lights Out Xtreme Fighting where there is no roof on the ceiling, and you damn sure can make a lot more that. pic.twitter.com/pBkTFPR8n6

That’s substantially lower than average CFL salary. Minimum in CFL next season will be $65K Cdn which translates to $49,300 (U.S). So CFL minimum will be slightly less than XFL average. Good news. https://t.co/cWIvdfjqtp

Lmao with salaries like that, I think it’s already the beginning of the end of the @xfl2020. Most these dudes went to college, they could probably go get paid more doing what they went to school for and not have to worry about brain damage https://t.co/xBLktyIhyz

So SEC players have to take a severe pay cut?

The XFL did have some people defending the league’s salaries.

They have the liquid cash to afford this for 2-3 seasons without any income coming in, too.

While AAF salaries were higher, they relied on outside investment which fell through. https://t.co/i0gHYA1KgS

XFL is meant to be the “minor league” for football. Maybe people should compare salaries to the minors and stop complaining about the pay and just grind your way to the NFL https://t.co/30QPd4j9L1