Casey Anthony Starts Her Own Private Investigation Firm, Which Is… Interesting To Say The Least 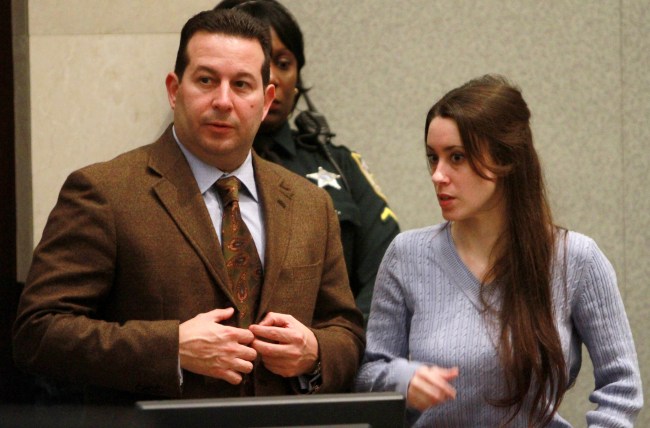 Sherlock Holmes. Nancy Drew. Inspector Clouseau. Veronica Mars. Adrian Monk. Magnum P.I. The Hardy Boys. Columbo. Wishbone the dog. These are a few of the most famous detective of all-time. You can now add Casey Anthony to that list. Remember Casey Anthony? Now that’s a name I’ve not heard in a long time. Well, Casey Anthony is starting her own private investigation firm, which is…interesting to say the least.

Miss Anthony was accused of the 2008 death of her two-year-old daughter, Caylee, but she was ultimately acquitted in 2011. Well now, Casey Anthony is attempting to track down the bad guys. Anthony opened a private investigation business in South Florida, state business records show, as reported in the Daily Mail. Plot twist.

According to a December 14th filing with the Florida Division of Corporation, Casey launched the “Case Research & Consulting Services LLC.” The business is reportedly under Anthony’s name, is scheduled to open on January 1, and has an address in West Palm Beach. God bless Florida, for without that state, we would have much less content.

The West Palm Beach address listed is reportedly associated with Patrick McKenna, who was the lead investigator on Anthony’s defense team during her 2011 trial. McKenna was also the lead investigator for O.J. Simpson, when he was accused of murdering his wife. In a 2017 Associated Press interview, Anthony revealed that she was living with McKenna and doing investigative work for him.

Fun fact that is totally unrelated to this story, did you know that O.J. Simpson wrote a book titled If I Did It: Confessions of the Killer, where the former NFL player explained how he hypothetically would have committed the murders of Ron Goldman and Nicole Brown Simpson, which he acquitted of in criminal court?

Anthony was convicted of felony charges of providing false information to law enforcement and sentenced to four years, which means that she can’t hold a P.I. license in Florida, as per the report. But the 34-year-old can open her own private investigation firm.

Following the infamous court case, Anthony set up a photography business, but it allegedly shuttered in 2018.

A possible business slogan for Casey Anthony’s blossoming private investigation: “Casey Anthony, the investigator who can really get into the mind of a criminal.”