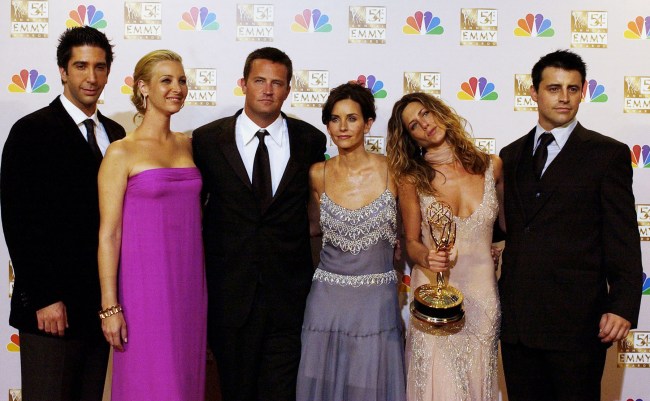 Trust me, you really don’t want to know how much money the cast of Friends is still making 15 years after the show came to an end. We’re talking millions and millions of dollars.

Although it does answer the question as to how Friends cast members David Schwimmer, Lisa Kudrow, Matt LeBlanc and Matthew Perry have been able to support themselves despite not having very much success in the acting biz since the show ended its run on NBC in 2004.

Because the Warner Bros. show brings in a total of $1 billion annually for the network, that means each cast member rakes in $20 million every year.

Told you that you really didn’t want to know.

Speaking of Netflix and Friends, the streaming platform recently paid a reported $100 to keep those 10 seasons rolling after fans of the show lost their minds when it was rumored that Friends was leaving the service.

i would never hurt you, Hayley https://t.co/IO4hK17liq