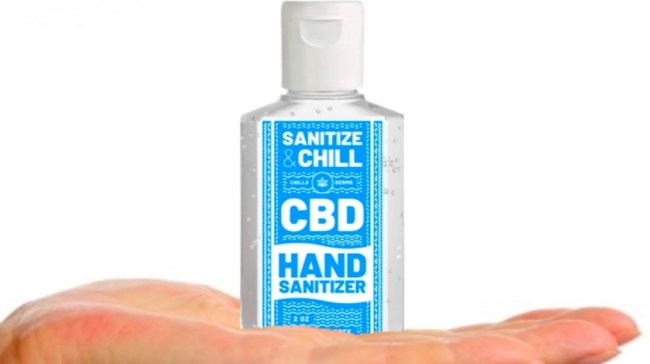 I’ve spent years laughing at paranoid preppers who drop boatloads of money to build an underground bunker in their backyard and pack it to the brim with all of the essentials needed to survive the apocalypse but, well, it looks like the joke might be on me.

In recent months, we’ve been treated to a ton of photos and videos of people who went full Supermarket Sweep at Costco and the grocery store and packed their cart(s) to the brim with essentials as they stockpile while preparing for an uncertain future.

As a result, people who didn’t have the foresight to do the same thing have been forced to deal with sudden shortages that have made certain products incredibly difficult to find both in stores and online—especially hand sanitizer.

If you’ll allow me to treat this space like a Planet Fitness and use it as a judgment-free zone, I’ll admit I’ve probably washed my hands more times over the course of the past month than I did during the previous year, and while I’ve been trying to stay inside as much as possible, I’ve occasionally had to leave the safety of my own home and wander into the scary world outside of it.

That world—like the one Link traversed in The Legend of Zelda—is dangerous to go out into alone, and as a result, you’re going to want to have something that’s just as capable of slaying germs as the iconic character’s sword was at dispatching enemies.

As a result, I’d like to step into the shoes of the old man in the cave and suggest you equip yourself with some CBD hand sanitizer, which compliments a hospital-grade ethanol base like other major brands use along with a couple of cannabinoids that help it do more than just kill bacteria.

If you’re familiar with CBD, then you already know studies have shown it can help reduce joint pain and inflammation, but this hand sanitizer also contains CBG, which scientists have noted has certain antibacterial properties in case you’re looking for a little more peace of mind.

If you’re looking to resupply (or do some stockpiling of your own), CBDEE currently has an ample supply on hand and will ship it right to your door so you don’t have to deal with the anxiety that comes with leaving your place.

Interestingly enough, if you want to deal with that anxiety as well, CBDEE also has products that can help with it if you want to add them to your cart before checking out. What more could you possibly want?