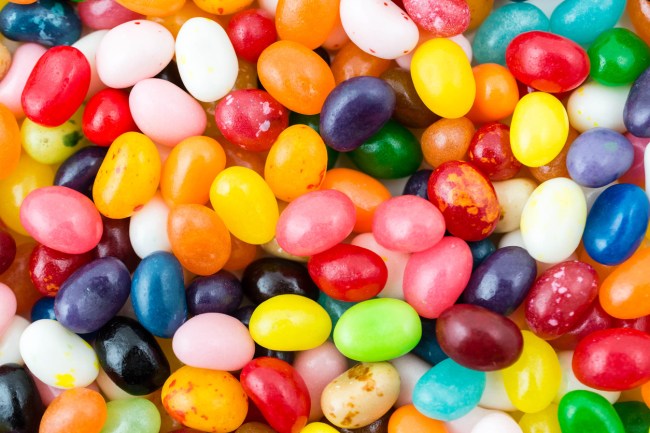 Jelly beans are one of those candies that I never really go out of my way to buy but which I’ll inhale an unhealthy amount of whenever I happen to come across them because I lack any and all semblance of self-control when it comes to the sweeter things in life.

The treats have a history stretching all the way back to the Civil War, when they first burst onto the scene after a candymaker in Boston urged people to send his product to soldiers fighting in the South.

However, the jelly bean game truly changed in 1976 thanks in no small part to David Klein, the man largely responsible for creating Jelly Belly. Prior to that point, no confectioner had really seen the need to expand beyond the standard flavors but the company decided to turn the industry on its head by asking questions like, “What if a jelly bean… but popcorn?”

Based on some of the flavors the Jelly Belly has dreamed up over the years, part of me can only assume marijuana played some role in its success—an assumption I think is supported by Klein’s latest business venture.

According to Cannabis Aficionado, Klein—who sold his rights to Jelly Belly in 1980—has decided to step into the cannabis space and hop aboard the CBD bandwagon with a brand new line of treats infused with the increasingly-popular extract in the form of Spectrum Confections.

Klein’s newly-launched company is selling jelly beans in 38 different flavors, including fan favorites like toasted marshmallow and pina colada, each of which are infused with 10 mg of CBD, which should be enough to get the average person where they need to go.

Who needs Willy Wonka when you have David Klein?