Which Is Funnier? Paul Rudd’s Reaction To Being Named ‘Sexiest Man Alive’ Or Ryan Reynolds’ Reaction To It? 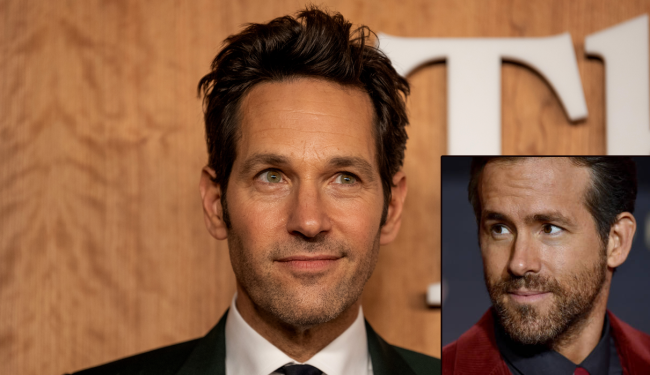 So 52-year-old Paul Rudd is the sexiest man alive, huh?

Apparently so, according to the sexiest man alive experts over at People magazine. I thought it was going to be Chris Evans this year?

Speaking of celebrities like Dwayne Johnson and Ryan Reynolds, they had some thoughts on Rudd as this year’s choice.

At the Los Angeles premiere of his Netflix film Red Notice, The Rock told People, “Listen, my Sexiest Man Alive title is in perpetuity. It’s for life. Right? I don’t give it up. I am and will forever be Sexiest Man Alive.”

The Rock’s co-star in Red Notice, Ryan Reynolds, voiced his opinion on this year’s selection during an appearance on TODAY Wednesday morning.

“Yeah, if I got it now, I’m not saying I would leave my family, but they would need to go on without me,” he added. “I would roam the world clutching my dog-eared People magazine, going from town to town, sewing my wild oats like some sort of nude, magical gardener. It would be amazing.”

The hosts joked that they hoped Rudd was listening to Reynolds.

“I hope he is too. Don’t blow this, Rudd,” Reynolds warned. “If you’re there, do not blow this opportunity. Run like the wind.”

The Rock and Ryan Reynolds weren’t the only famous people to express their feelings about Paul Rudd receiving this grand honor.

Is that Paul Rudd…#SexiestManAlive?! I knew this day would come. Congrats, man 🥳 I hope you continue to never age so you can continue to hold this title. https://t.co/OrD8OThrFn pic.twitter.com/54oUwHNmrh

For his part, Rudd took the news rather well, telling People, “I’m hoping now that I’ll finally be invited to some of those sexy dinners with Clooney and Pitt and B. Jordan. And I figure I’ll be on a lot more yachts. I’m excited to expand my yachting life. And I’ll probably try to get better at brooding in really soft light. I like to ponder. I think this is going to help me become more inward and mysterious. And I’m looking forward to that.”

As for his wife? Rudd said she “was stupefied.”

Rudd is also already ahead of the curve, seemingly ready to follow the advice put forth by Ryan Reynolds.