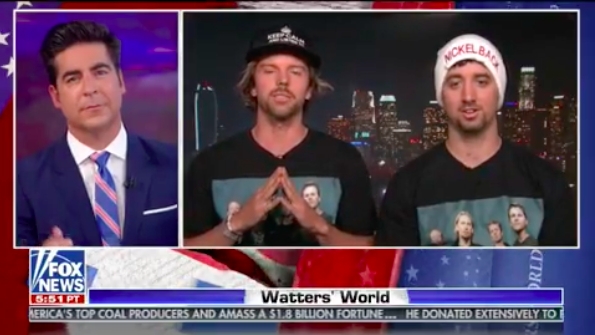 It will only be until after Chad Kroeger and Nickelback put away their instruments that the general public will be able to see them for what they really are: hitmakers who have stood the test of time. A band that has sold over 50 million albums worldwide. Billboard’s “Most Successful Rock Group Of The Decade.” The go-to song for any Dave and Busters pregame.

As bands like the Gin Blossoms, The Mighty Mighty Bosstones, and Creed disappeared into obscurity, Kroeg and the boys are heading back into the studio to record the band’s TENTH studio album.

The Canadian band’s 25+ year reign has only seemed to ignite the ire of its critics, and it has become vogue to mock Kroeg’s ramen noodle hair or claim that his singing voice is the sound manifestation of domestic violence or that the song “Photograph” is the most effective torture method used by the American government against enemies of the state.

This is all just white noise, a crutch for the weak and insecure, and it has forced real Nickelback fans deeper into the shadows, petrified of what their music preference will mean for their, what the kids call, “#clout.”

Well, Chad Goes Deep is doing God’s work by giving a voice to the Nickelbackers across the world and breaking down stigmas of what’s culturally accepted as ‘hip.’ The duo appeared on Jesse Watters to

Dillon’s parents’ divorce was a tough time for all of us.

Don’t know where we’d be without Chad and the boys through that extremely trying time.