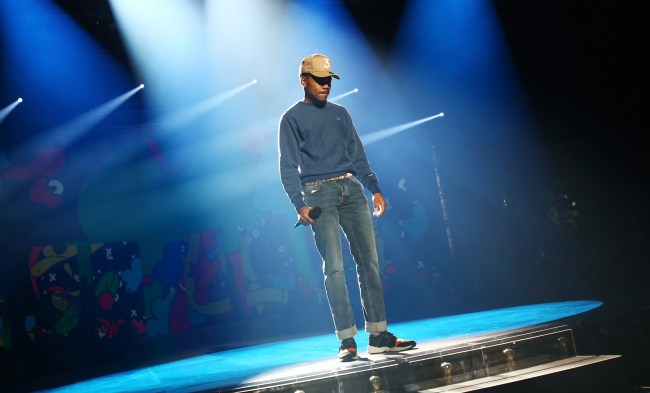 Back in 2016, just as Kanye West was beginning to working gospel choirs into his music and his very fabric of being, Chance the Rapper opened up his album The Life of Pablo with a truly incredible verse that effectively announced his arrival on the big stage, as his Grammy-winning album Coloring Book would be released just months later.

The five-plus-minute long track, which is the first track on The Life of Pablo, largely features a gospel choir and simple Kanye West chorus until Chance the Rapper emphatically delivers the song’s one and only “rapped” verse.

While I was searching Twitter for further clips of the performance, I also found this, which is equally as devastating:

Below you can find the full lyrics to Chance’s stirring verse on “Ultralight Beam”, which appears on Kanye West’s 2016 studio album The Life of Pablo:

When they come for you, I will shield your name
I will field their questions, I will feel your pain
No one can judge
They don’t, they don’t know
They don’t know
Foot on the Devil’s neck ’til it drifted Pangaea
I’m moving all my family from Chatham to Zambia
Treat the demons just like Pam
I mean I fuck with your friends, but damn, Gina
I been this way since Arthur was anteater
Now they wanna hit me with the woo wap, the bam
Tryna snap photos of familia
My daughter look just like Sia, you can’t see her
You can feel the lyrics, the spirit coming in braille
Tubman of the underground, come and follow the trail
I made Sunday Candy, I’m never going to hell
I met Kanye West, I’m never going to fail
He said let’s do a good ass job with Chance three
I hear you gotta sell it to snatch the Grammy
Let’s make it so free and the bars so hard
That there ain’t one gosh darn part you can’t tweet
This is my part, nobody else speak
This is my part, nobody else speak
This little light of mine
Glory be to God, yeah
I’ma make sure that they go where they can’t go
If they don’t wanna ride I’ma still give them raincoats
Know what God said when he made the first rainbow
Just throw this at the end if I’m too late for the intro
Ugh, I’m just having fun with it
You know that a ni*** was lost
I laugh in my head
Cause I bet that my ex looking back like a pillar of salt
Ugh, cause they’ll flip the script on your ass like Wesley and Spike
You cannot mess with the light
Look at lil Chano from 79th