Charles Barkley Was On ‘Kimmel’ And Talked About Mean Tweets, Weed, The Eagles, And More 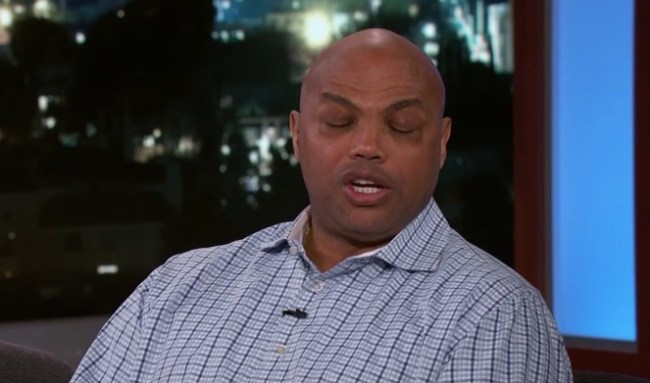 Charles ‘Chuck’ Barkley was an 11-time NBA All-Star, the 1993 NBA MVP, two-time Olympics Gold Medal winner, and last night he was a guest on Jimmy Kimmel Live. Charles Barkley will forever be one of my favorite NBA commentators (and players). The things that come out of that man’s mouth are unbelievable.

That ability to speak off the cuff and drop outrageous truth bombs was on display last night on Kimmel. Charles talked about reading ‘Mean Tweets’ before the show and how he’s constantly blown away by what people are willing to say behind a keyboard when they won’t say shit to him in real life. He also discussed the Philadelphia Eagles Super Bowl 52 win, marijuana, the Los Angeles Lakers, and nicknames. The interview was so good that there are multiple clips, so be sure to watch them all because each is better than the last:

You have to love that Barkley won enough on the Eagles in the Super Bowl that he could buy a condo on Alabama. You have to bet big to win big, and Barkley’s a gambler. I’ve actually seen him in the casino before and the man throws down some fat stacks of chips.