The Founder Of Litecoin Just Sold All Of His Litecoin, Explains Why, Confuses People Even More 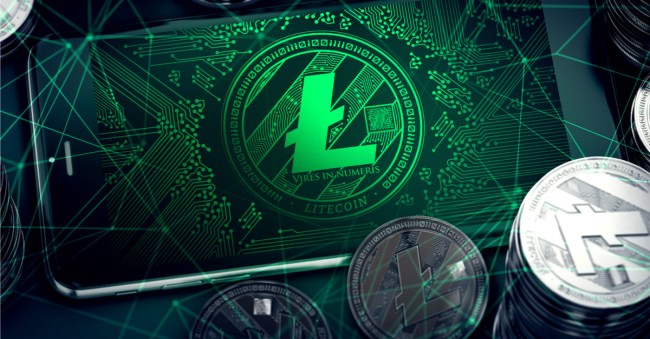 On the heels of Bitcoin.com co-founder Emil Oldenburg selling all of his Bitcoins, now Charlie Lee, the founder of Litecoin, just sold all of his Litecoin and people are very confused, and in many cases, angry.

What makes this move cause even more uncertainty is the fact that people were already freaking out Tuesday night after Coinbase added Bitcoin Cash, which is what Oldenburg said he was now investing in instead of Bitcoin.

It wasn’t the fact that Coinbase added Bitcoin Cash that caused the commotion though. It was because they almost immediately halted transactions of the BTH after the price skyrocketed, locking everyone out who wanted in on it. Naturally, this led to many suspecting something devious was going on, even mentioning the possibility of market manipulation.

Coinbase has even launched an insider trading investigation, reports the BBC, fearing “its own workers may have exploited its move into Bitcoin Cash.”

Today, even more troubling news broke in the world of cryptocurrency when news spread that Litecoin founder Charlie Lee, in a move similar to Oldenburg with Bitcoin, had sold ALL of his Litecoin.

Lee, who founded Litecoin in 2011, claims in a post on Reddit that he sold off all his Litcoin to avoid a perceived “conflict of interest.”

Over the past year, I try to stay away from price related tweets, but it’s hard because price is such an important aspect of Litecoin growth. And whenever I tweet about Litecoin price or even just good or bads news, I get accused of doing it for personal benefit. Some people even think I short LTC! So in a sense, it is conflict of interest for me to hold LTC and tweet about it because I have so much influence. I have always refrained from buying/selling LTC before or after my major tweets, but this is something only I know. And there will always be a doubt on whether any of my actions were to further my own personal wealth above the success of Litecoin and crypto-currency in general.

For this reason, in the past days, I have sold and donated all my LTC. Litecoin has been very good for me financially, so I am well off enough that I no longer need to tie my financial success to Litecoin’s success. For the first time in 6+ years, I no longer own a single LTC that’s not stored in a physical Litecoin. (I do have a few of those as collectibles.) This is definitely a weird feeling, but also somehow refreshing. Don’t worry. I’m not quitting Litecoin. I will still spend all my time working on Litecoin. When Litecoin succeeds, I will still be rewarded in lots of different ways, just not directly via ownership of coins. I now believe this is the best way for me to continue to oversee Litecoin’s growth.

Please don’t ask me how many coins I sold or at what price. I can tell you that the amount of coins was a small percentage of GDAX’s daily volume and it did not crash the market.

UPDATE: I wrote the above before the recent Bcash on GDAX/Coinbase fiasco. As you can see, some people even think I’m pumping Bcash for my personal benefit. It seems like I just can’t win.

Comments on Reddit were, of course, all over the board. Here are a few examples…

I hate to be a cynic, but this announcement, or the timing at least, is odd. Given the record price of Litecoin in the recent weeks, the creator and main proponent dumping his shares is…. off. If this were a stock, you would have had to announce prior to selling, which would have greatly affected the price, but of course, there are no rules that say you have to let holders know beforehand in cryptocurrency. Of course what you do with your money is your own business, and you’re not required to be forthcoming with this information, but you must understand that with all the hype around crypto, and all the theories of pump and dumps/bubbles/scams, this is troubling news. ~ al032184

now you are starting to see crypto for what they are; unregulated stock. ~ ILoveWildlife

I hope most of you never play in stocks… this is the most irrational place i have ever seen. ~ icetech3

Naturally, this news generated quite a buzz when mixed in with the issues Coinbase ran into with Bitcoin Cash on the same day. Some of which Lee also addressed on Twitter…

To those saying I bought BCH with insider news, please stop. I had no info. I sold all the BCH I can the moment it was tradable on exchanges. And j just sold my 2 stuck BCH on Coinbase at $5000 each. Good riddance!

In hindsight, Coinbase should have listened to me. It was operationally very hard to launch on Coinbase and GDAX at the same time. Now with GDAX halted and Coinbase never opened, everyone is seeing a ridiculous price of $9500. 🤦‍♂️ tons of support tickets and upset customers.

I sold my 2 BCH on GDAX before they halted trading. I can't believe people think I'm trying to manipulate people to buy bcash. Have you been following me on Twitter at all?! 🤦‍♂️ pic.twitter.com/MN05G1u1XT

The Litecoin team has been hard at work working with companies to support Litecoin. Nothing to announce yet, but here's what's in the works:

Cryptocurrency! Where the fun never ends!