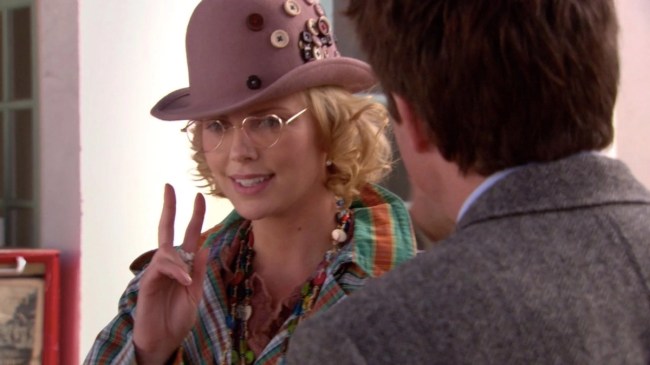 Even Charlize Theron, an Academy Award-winning actress who has gone on to become one of the defining A-list actresses of her generation, went through a time when she thought her career was caput.

During a recent interview with The Hollywood Reporter, the 47-year-old Theron — who is currently working on a sequel to the Netflix action film The Old Guard — revealed she signed on to do Arrested Development to rebound from the flop that was the 2005 misfire Aeon Flux.

What makes Theron’s comments particularly stark is the fact that, back in 2005, she was just two years removed from winning the Academy Award for Best Actress for her work on the 2005 film Monster.

“It was one of the scariest things, to walk onto a set of a show that’s so developed and so brilliant. But I think I needed that, to put myself out there in a different way, because people thought of me as someone who was f***ing depressing, like my mother shot my father,” Theron said of her decision to feature in Arrested Development.

And I just f***ing loved that show, and this is going to sound so “poor me,” but I do feel like sometimes, as women, we get one shot and I knew that (the 2005 action flick) Aeon Flux was going to be a f***ing flop. I knew it from the beginning, that’s why I did Arrested Development. [via The Hollywood Reporter]

Theron’s career would not only rebound but would arguably reach new heights in the coming years as she’d go on to star in films such as Hancock, Prometheus, Mad Max: Fury Road, Atomic Blonde, The Fate of the Furious, and more. Her roles in the likes of Mad Max, Atomic Blonde, and Fast & Furious have also established Theron as one of Hollywood’s elite action stars. So, safe to say her Arrested Development move paid off.