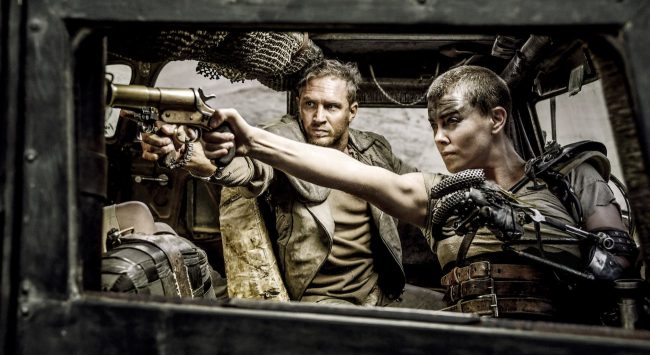 Courtesy of the wonderful HBO Max, I actually just rewatched Mad Max: Fury Road just a couple of weeks ago. And let me tell ya, what a masterpiece it was, is, and will remain. A timeless piece of action filmmaking that will go undoubtedly down as one of the medium’s greatest.

In an excerpt from Kyle Buchanan’s new book Blood, Sweat and Chrome: The Wild and True Story of Mad Max: Fury Road, which was published by Vanity Fair, the cast and crew of the film detail the deteriorating relationship between the film’s two stars and how it came to such a boiling point that Theron “didn’t feel safe.”

“I don’t want to make excuses for bad behavior, but it was a tough shoot. Now, I have a very clear perspective on what went down. I don’t think I had that clarity when we were making the movie. I was in survival mode; I was really scared shitless,” Theron said of the film’s infamously troubled production.

The excerpt then details an instance in which Hardy was three hours late to set, leaving Theron to sit around in costume waiting for him. Following the subsequent confrontation between the pair, the Academy Award-winning actress was left feeling unsafe.

“She’s now in the War Rig, sitting there with her makeup on and a full costume for three hours. Tom turns up, and he walks casually across the desert. She jumps out of the War Rig, and she starts swearing her head off at him, saying, “Fine the fucking cunt a hundred thousand dollars for every minute that he’s held up this crew,” and “How disrespectful you are!” She was right. Full rant. She screams it out. It’s so loud, it’s so windy—he might’ve heard some of it, but he charged up to her up and went, “What did you say to me?”

He was quite aggressive. She really felt threatened, and that was the turning point, because then she said, “I want someone as protection.” She then had a producer that was assigned to be with her all the time.

“It got to a place where it was kind of out of hand, and there was a sense that maybe sending a woman producer down could maybe equalize some of it, because I didn’t feel safe,” Theron said. [via Vanity Fair]

While I can’t speak for Theron, I hope she knows that her efforts were worth it as both Mad Max: Fury Road and her character Furiosa — who is getting a prequel starring Anya Taylor-Joy and Chris Hemsworth — have since entered the annals of action movie lore.