Anatoly Dyatlov Of HBO’s ‘Chernobyl’ Is Taking Over The Internet As A ‘Great, Not Terrible’ Meme 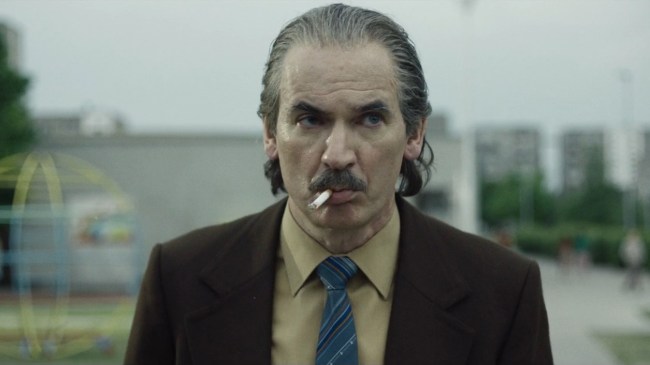 If you have watched any of the hot new HBO series Chernobyl, then you are very familiar with the man who steadfastly refused to accept the reality of the situation: Deputy Chief-Engineer of the Chernobyl Nuclear Power Plant, Anatoly Dyatlov.

Throughout his time on screen in the shocking series, Dyatlov uttered some of the most memorable phrases we will hear all year when he said unbelievable things like, “Three point six. Not great, not terrible,” and “You didn’t see graphite. You didn’t. You didn’t! Because it’s not there!”

Also, who will ever forget Dyatlov’s classic line when seeing one of his co-workers being physically destroyed by radiation, “He’ll be fine. I’ve seen worse.” No wonder Russia wants to make their own version of Chernobyl.

No one. That’s who. Especially those looking to create some dank memes, because Dyatlov’s quotes were so perfectly tailor-made for such a thing.

Can’t cope with all these Dyatlov memes pic.twitter.com/7gDoJFoab7

Comrade Dyatlov's reaction to basically everything he listens to. #Chernobyl pic.twitter.com/4HUqBw036p

THE CHANGE MY MIND MEME WAS MADE FOR DYATLOV. #ChernobylHBO pic.twitter.com/ngpd9HT5O2

Kudryavtsev explaining
that he saw graphite
on the ground
around reactor 4 Dyatlov pic.twitter.com/8Ze7AfTjE1

#Chernobyl
Everyone:"Dyatlov, there's graphite on the ground and the reactor has exploded! "
Dyatlov: pic.twitter.com/y9h9Ilb97b

After finishing #Chernobyl I think I'm going to start cutting corners and let Dyatlov do some of my movie reviewing. pic.twitter.com/RXw8C42Drt

everyone: King Joffrey is the biggest asshole on HBO

Still dont get how they made a whole mini series about chernobyl when its clear there was no graphite on the roof and the radiation readings were only 3.6 roentgen, which im told is only the equivelent of a chest x ray. Smh rip dyatlov pic.twitter.com/C4g82MJxd3

As someone who has been semi-obsessed with the history of nuclear power, Dyatlov has always been one of my favorite historical characters, I'm just happy he's found his rightful place as a meme.

Ain’t that the truth?

I must admit, at the start of the year it did not occur to me that the list of people to be fucking dragged by memes in 2019 would include Chernobyl deputy chief engineer Anatoly Dyatlov

There should be two searches on Twitter, one for serious tweets and one for jokes. I don't care about the real-life outcome of Chernobyl I just want to see Dyatlov memes damn

Seriously. Someone get to work on that.

"I can't make things better for you. But I can make one killer meme." - Anatoly Dyatlov pic.twitter.com/WW6xYaMGEB