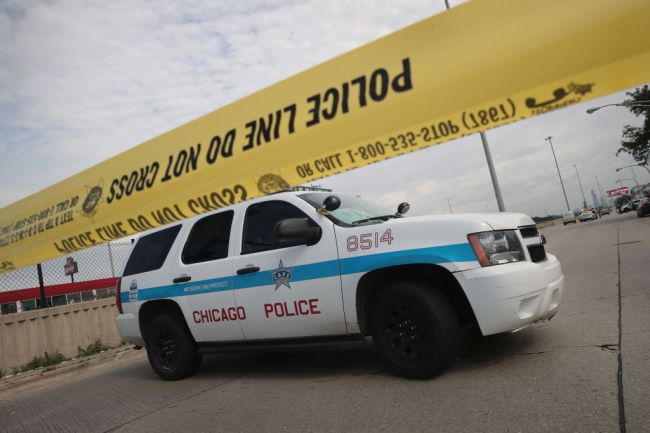 A liquor store security guard in Chicago reportedly shot a man three times after a customer walked into the store without a mask on. The guard’s attorney stated during a bond court hearing that his client was acting in self-defense as the customer was “putting other’s lives at risk by not wearing a mask.”

CBW Chicago reports that County Judge Mary Marubio explained to the court that the victim ran out of the store after being shot the first time. The security guard then chased him outside and shot him a second and third time. Chester Holmes, the 42-year-old shooter, is being held without bail.

Prosecutors charged him with attempted murder, aggravated battery by discharging a firearm, and unlawful use of a weapon by a felon.

Holmes and the victim argued about the mask policy before the victim decided to leave. He then turned around and walked back in where he was met by Homes and a drawn handgun before shooting him, according to Assistant State’s Attorney Darryl Auguste.

The shooter is barred from possessing a weapon as he is a four-time convicted felon and a registered child sex offender. Holmes’ defense attorney reportedly said his client “has a big heart and is a kind-hearted man.”

Those words should never be used to describe a convicted felon, registered child sex offender, who just shot another man three times for not wearing a mask.

The 28-year-old victim was shot in the stomach, arm, and leg, was taken to a hospital where surgeons removed part of his intestines, Auguste said.

Thankfully, reports suggest the victim is going to be okay. Unfortunately, a story of a man shooting another for not wearing a mask isn’t a surprising one in the year 2021.