China To Re-Open Movie Theaters In June, Adding To The List Of Industries Slowly Re-Opening Around The World 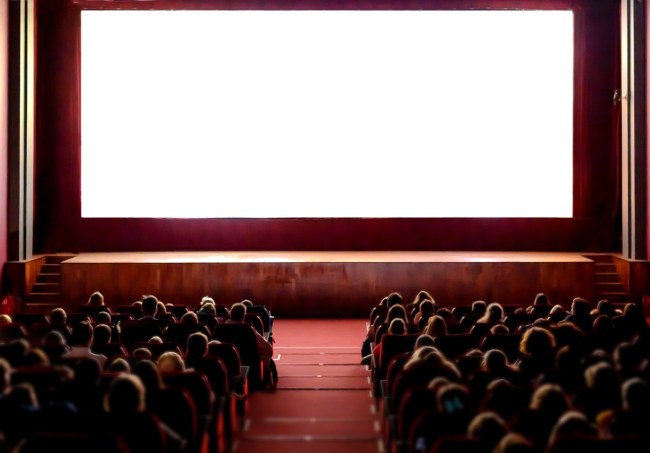 We’ve got UFC 249 on Saturday, May 9. The Bundesliga in Germany says they’re ready to resume their season behind-closed-doors on that same day if the Government allows it. Clubs in the Italian Serie A are returning to team training on Monday, May 18, with the Premier League following suit on June 1. The NBA will be re-opening its practice facilities in the coming weeks and there are a few golf tournaments in June. Speaking of golf, literally as I’m typing this article, Phil Murphy, the Governor of New Jersey, announced that he was re-opening the state’s courses. Co-worker Francis is hyped. Industries of all kinds, from casinos to golf courses, are re-opening. And now, movie theaters in China can be added to that list.

A press conference was held in central Beijing Wednesday to announce that on April 30 China’s capital city will be lowering its state of emergency from the highest level. The announcement was made by Bei Chen, deputy secretary general of the Beijing municipal government. Also in attendance, however, was Wang Xiaohui, chief of China’s Film Bureau and deputy director of the Communist Party’s propaganda department.

Wang later took to the stage to reveal that museums and indoor entertainment venues — including movie theaters — are expected to get the official green light to reopen in early June, following the conclusion of China’s National People’s Congress in May. The statement represents the first official indication of how and when China’s vast network of 70,000 movie screens — the most of any country in the world — could be rebooted. [via The Hollywood Reporter]

Take that for what you will. I’m not telling you what to think or believe. As for your boy, I’m in full glass-half-full-mode. I quarter-life-crisis-panic-bought a Peloton bike with my government money, just to give you a little insight into where my headspace is at. I bought an Alexa-enabled coffee pot and a record player. I’m hangin’ on by a thread over here, so I’ll take wins wherever I can get ’em.