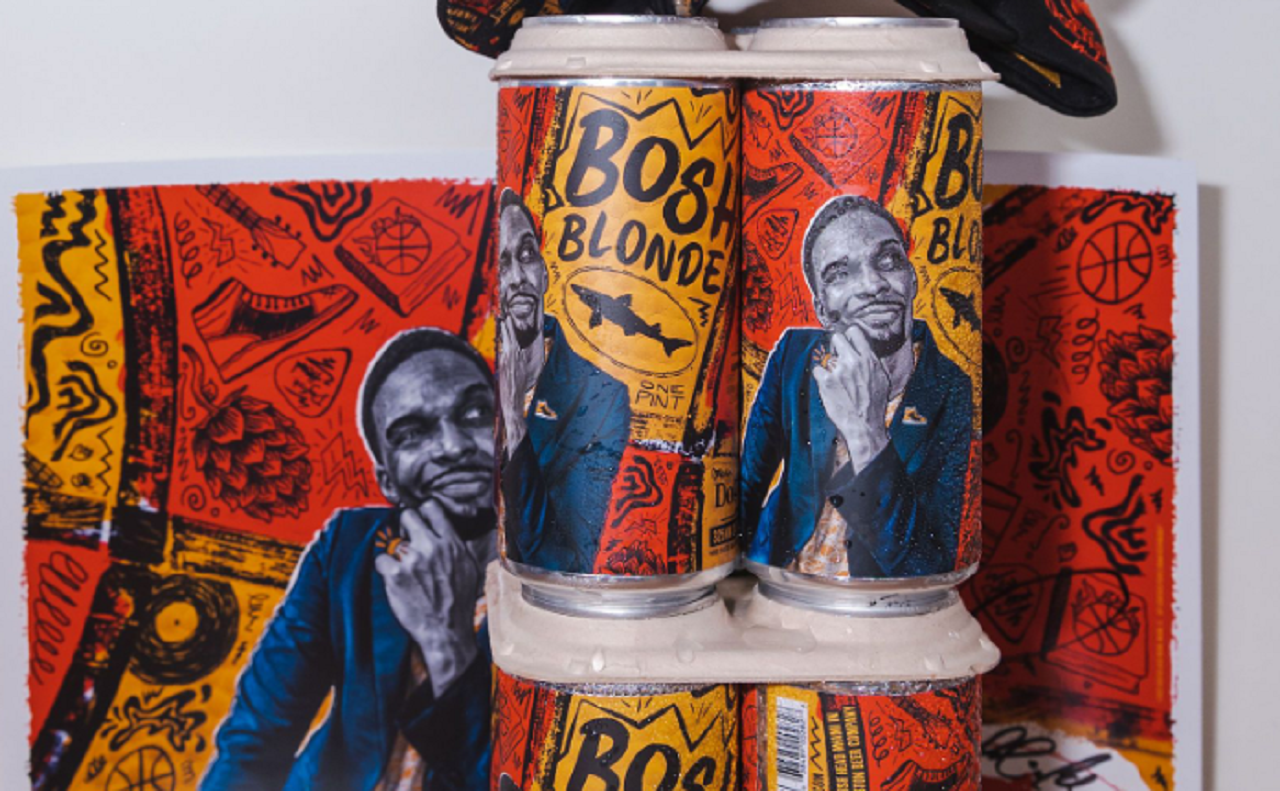 Miami Heat Legend Chris Bosh is enjoying his time away from the game by doing things that he loves, like coming up with new brews and helping out the local community.

In celebration of its first anniversary, Dogfish Head Miami brewery teamed up with Bosh to release a limited-edition brew this weekend, called the “Blonde Bosh” beer.

It’s hard to believe, but it’s been a full year since we opened #DogfishMiami and IT’S TIME TO CELEBRATE!!! Join our #offcentered crew & NBA Hall of Famer @chrisbosh on Sunday, May 22 for the launch of the limited-edition 'Bosh Blonde!' All the details: https://t.co/C6TCdOslBb 🍻 pic.twitter.com/dgsgIRdvJi

We sat down with Bosh and Dogfish Head founder Sam Calagione to discuss the collab. 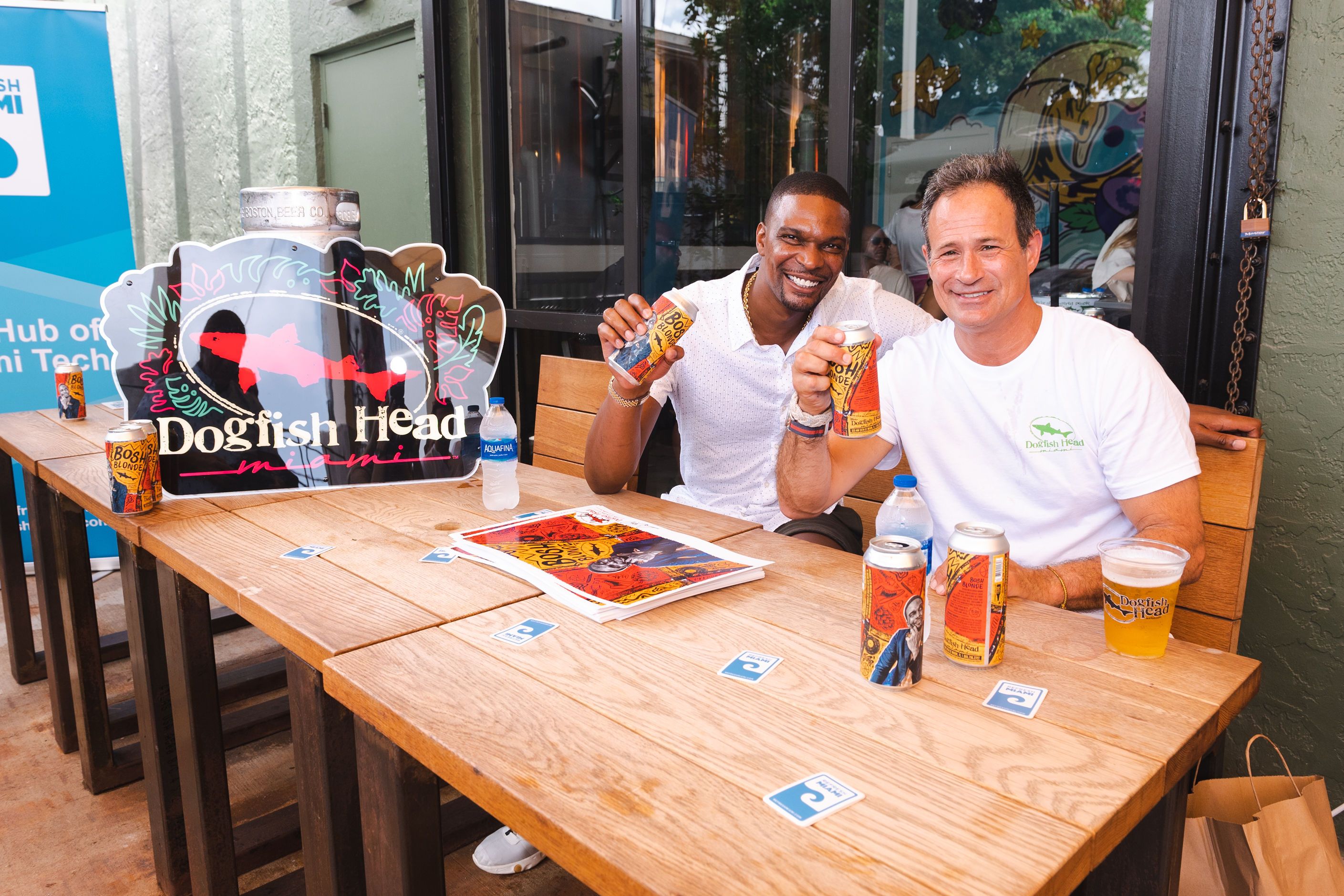 According to Calagione, he and Bosh have been friends for years and connected through their love of making creative brews.

“Beer has been connecting people for thousands of years across the globe, and beer connected us. So Chris isn’t just a beer lover. He’s actually a fellow brewer. He’s been homebrewing for well over a decade. So about almost a decade ago, we did our first collaborative beer together and basically drove through his neighborhood in LA.”

“We went to sick, barbecue spots, and we found the best barbecue spices to add to a stout as an homage to his grandfather Daddy Jack. That was more for that climate and sort of that story. Whereas for this one, we wanted to do something that was the ultimate poolside drink for Miami weather.”

Bosh credits his wife Adrianne for inspiring the “Bosh Blonde,” which is brewed with Florida-grown oranges, freshly squeezed sugar cane juice and is meant to invoke the breezy Miami lifestyle.

“Credit to the wife. Everybody doesn’t like drinking those heavy beers. Sometimes we want to have something that you can drink by the pool, you know what I mean? It isn’t too heavy, isn’t too crazy. So we wanted to kind of take those thoughts and embody it. Sam and his team here have done a wonderful job locally sourcing everything and making something that speaks really to the culture down here in Miami.”

Both Sam and Chris are passionate about helping local small entrepreneurs grow their businesses, so a portion of the proceeds from sales of the ‘Bosh Blonde’ brew will be donated to Refresh Miami, a local non-profit organization with a mission to help educate, connect and inspire the Miami tech and startup community. Calagione explains why Refresh Miami was chosen as Dogfish Head’s non-profit partner in the “Bosh Blonde” collab.

“We were the smallest brewery in the country when we opened Dogfish My wife and I started it. So, Refresh Miami does a lot for mom and pop, small entrepreneurs that might not have an opportunity, but they believe in their dreams.”

“We’re big on I’d say also just advocating for everyone to have a voice and storytelling. I know Chris does a lot with literacy and reading, and that’s what building an entrepreneurial brand is all about having a unique voice in a cacophony of 10,000 breweries doing things that can really stand out but doing them in a way that’s not only like the liquid is awesome, but the story around it’s awesome, too. And the authenticity of the story and how deep we went in this collaboration, from the nonprofit partner being Refresh Miami to the influence of the menu we’re serving, coming Chris’s input, and all the food being designed to go perfectly with Bosh Blond beer”

The “Bosh Blonde” will be available exclusively at Dogfish Head Miami both on draft and in 4pk/16oz cans for $16. 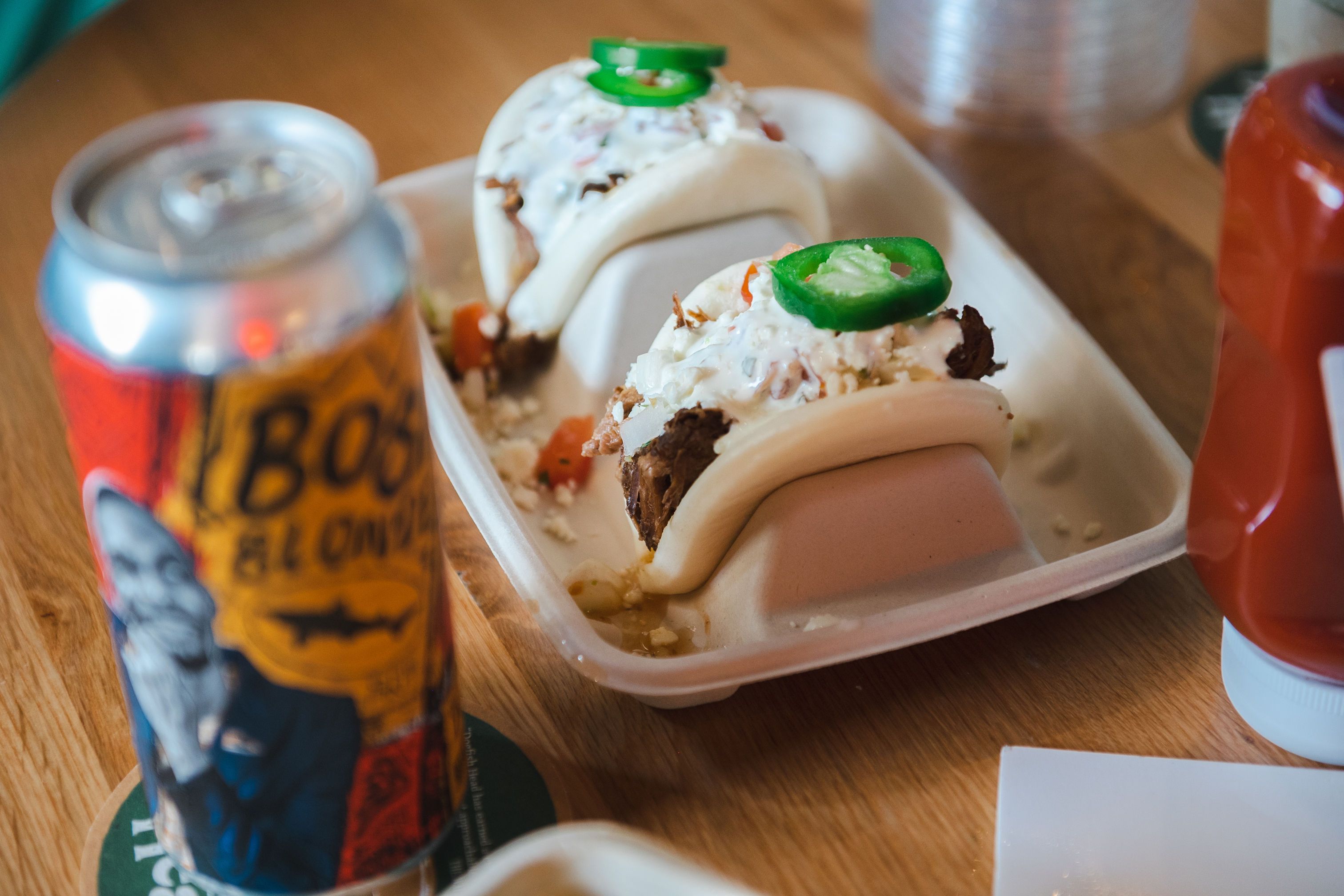 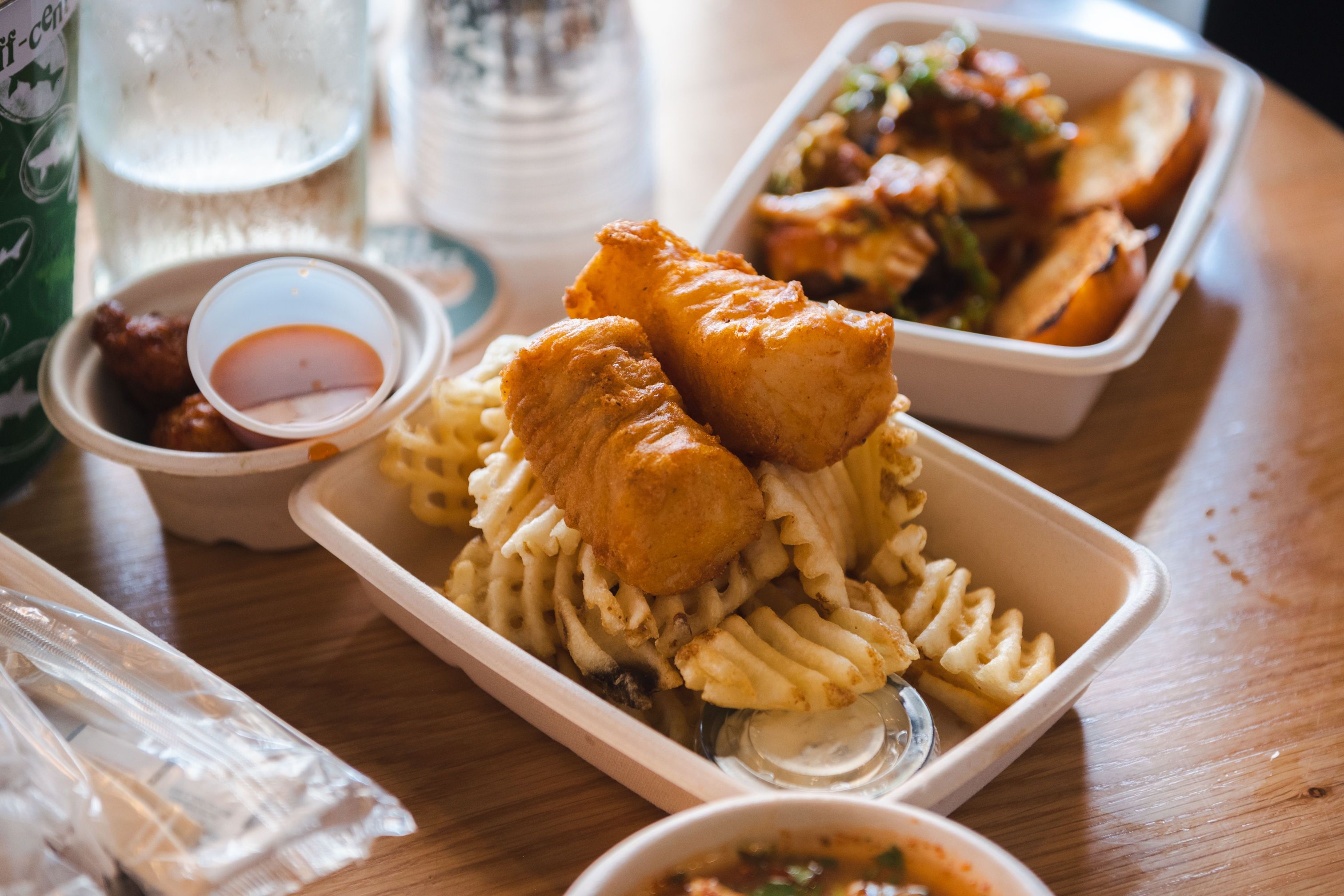 All photos via Julia Rose Photo.