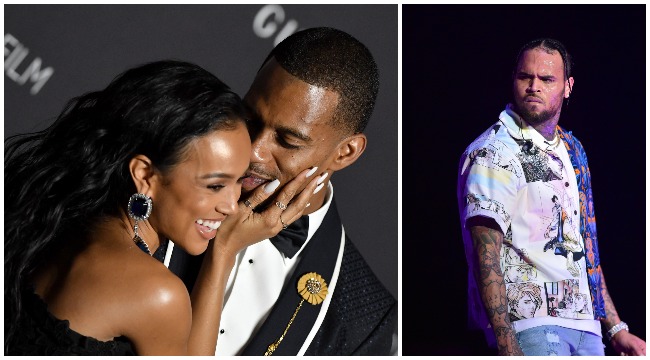 Maybe I’m out of touch, but like, how does Chris Brown have access to a computer? Shouldn’t he be in jail? Assaults. Hit and runs. Restraining orders. Probation violations. It’s mind-boggling that his dude is still running amok.

My man Mike ‘The Situation’ Sorrentino is sitting in a clink right now for the simple infraction of not paying Uncle Sam hundreds of thousands of dollars, you can’t tell me he needs more rehabilitation than the dude who allegedly threatened to kill his ex-girlfriend.

Speaking of, Karrueche Tran, the woman who filed a five-year restraining order on Brown in February of 2017 after he threatened murder, has found love again with a man who is not an asshole–a true rags to riches tale.

Been missing my lil ratchet boo @thequeenvirginia happy I get to see her tonight at 9pm.. Lol😘😘

Tran and Victor Cruz’s relationship isn’t a new thing, as they’ve been dating since December 2017. But, evidently the relationship still stings for Brown.

In a series of now-deleted posts, Brown demonstrated how salty he is about his ex moving on with someone who she’s legally allowed to be within 500 feet of. 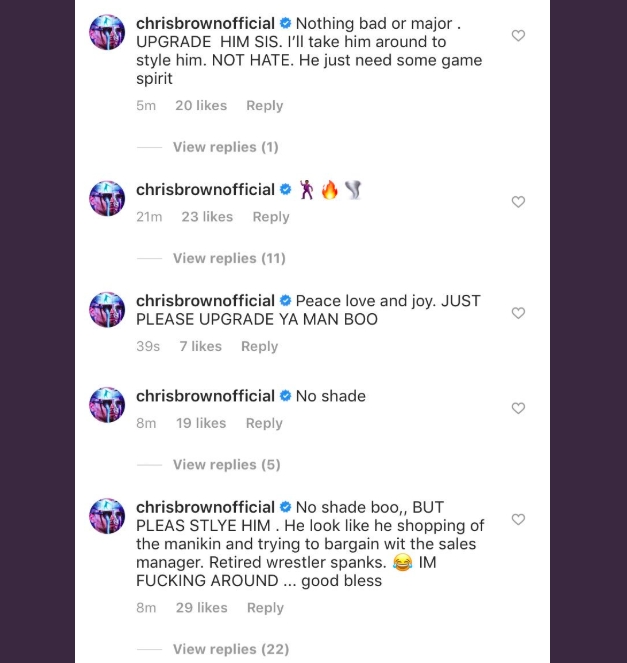 This is an obvious self-preservation tactic. I can remember seeing my ex with her new boyfriend (strong jawline) on Facebook and I was deadset on finding a flaw with the guy to stroke my ego–“Nice school you built for African children in your free time for no money, you fucking commie loser!”

If you had any doubts that this is what Brown is feeling, this should squash them.

Chris brown will never get over karrueche bro thas tuuufff 😭 ITS BEEN LIKE 3 YEARS pic.twitter.com/lIzWN7L8is

No. It’s a sucka move to threaten to kill her, though.

UPDATE: The regret always sets in. The tired “I got hacked” excuse is a good way to avoid responsibility. 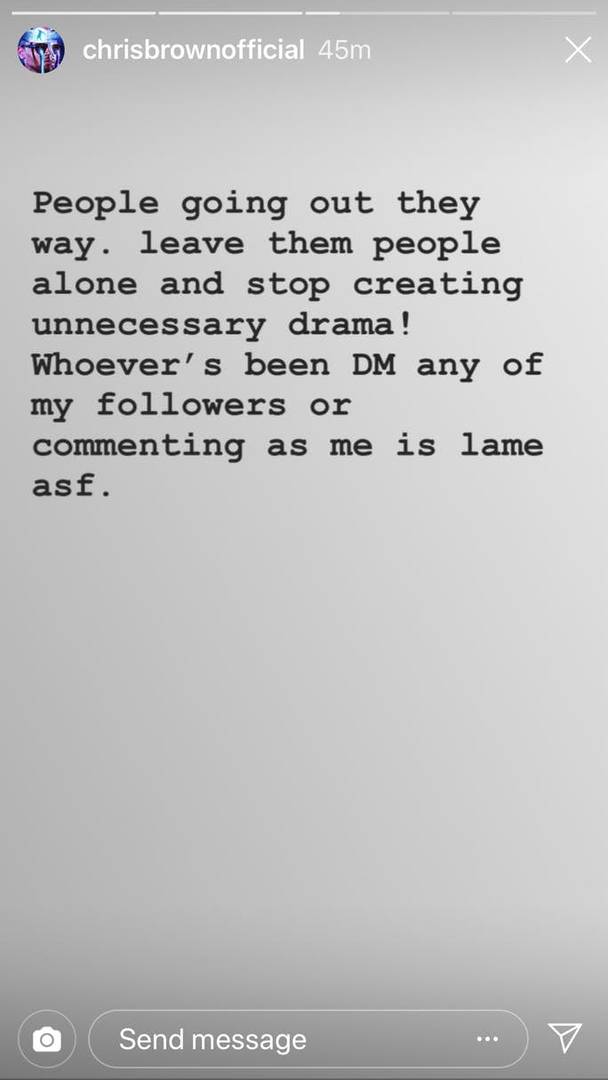