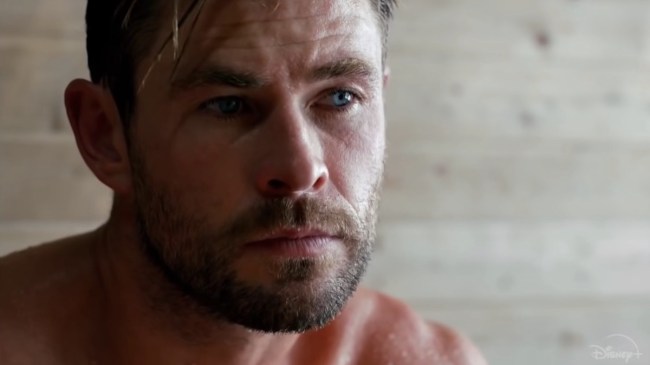 According to doctors in the series, Hemsworth’s genetic makeup includes two copies of the gene APOE4, which studies “have linked to an increased risk of Alzheimer’s disease,” according to Vanity Fair. Furthermore, while one in four people carry a single copy of the gene, a 2021 study by the National Institutes of Health found that just 2 to 3% of the population have both as Hemsworth does.

Speaking to Hemsworth in the show, longevity doctor Peter Attia told him the possession of these two genes makes him 8-to-10 times more likely to develop Alzheimer’s.

In episode five of Limitless, the 39-year-old actor confronts what this means for him and his future. “My concern was I just didn’t want to manipulate it and overdramatize it, and make it into some sort of hokey grab at empathy, or whatever, for entertainment,” Hemsworth says. “It’s not like I’ve been handed my resignation.”

“They took all my bloodwork and did a bunch of tests and the plan was to on-camera tell me all the results and then talk about how you can improve this and that. And Peter Attia, who is the longevity doctor in that episode, and overseeing a lot of the show, called [show creator] Darren [Aronofsky] and said, ‘I don’t want to tell him this on camera. We need to have an off-side conversation and see if he even wants this to be in the show.’ It was pretty shocking because he called me up and he told me.” [via Vanity Fair]

Hemsworth has taken the news in stride, though, as he told Vanity Fair he considers finding out to be a blessing as he can “begin taking steps to manage the risk, maintain physical and mental health, and perhaps stave off the development of the disorder for as long as possible.”