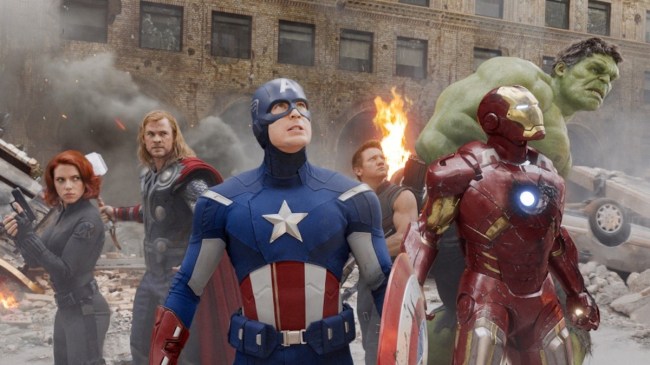 While being named “Sexiest Man Alive” is obviously a distinction that most men would gladly welcome into their lives, they’d also have to be willing to accept the friendly criticism that comes with the title, too.

During a visit on Jimmy Kimmel Live!, Chris Hemsworth revealed that the six original actors from Marvel’s “The Avengers” used their group text chat to roast Chris Evans for his recent People magazine cover declaring him the “sexiest man alive.” The annual People cover was revealed Nov. 7 with a cover photo featuring Evans flexing his muscles while holding his hands behind his back.

“It very quickly was like, ‘What are you doing with your hands back there?’” Hemsworth said. “Downey said he’s being arrested. I said it was a beautiful mugshot. Then Jeremy Renner said a series of things which we won’t repeat.” [via Variety]

Evans, of course, isn’t the only Avenger to be named Sexiest Man Alive as Hemsworth was also bestowed with the “honor” back in 2014.

The 40-year-old Evans has certainly been busy since walking away from Cap’s shield (for now), as he starred in Netflix’s massive action epic The Gray Man earlier this summer, voiced Buzz Lighter in Pixar’s Lightyear, and also filmed Ghosted alongside Ana de Armas and Red One alongside The Rock. Both Ghosted (which is an AppleTV+ project) and Red One (which is being made by Prime Video) will release sometime next year.

RELATED: Ana de Armas’ Movie With Chris Evans Will Have An Action Scene ‘The Likes Of Which No One Has Ever Seen’ (Exclusive)