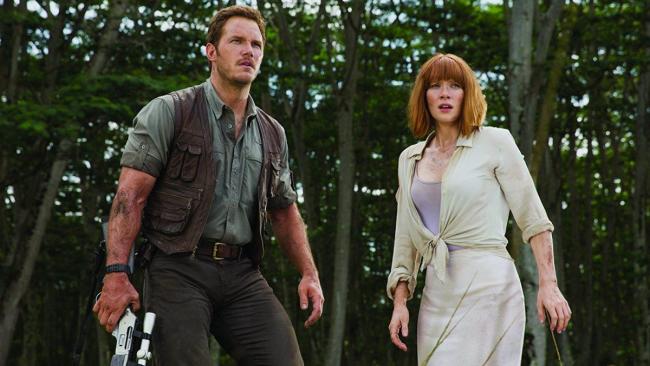 While Chris Pratt may often find himself the target of criticism on social media, there are plenty of people who know him in real life that are willing to speak to the quality of his character, such as Jurassic World co-star Bryce Dallas Howard.

During a recent interview with Insider, Howard — who also serves as an excellent director in the Star Wars universe — detailed of Pratt fought for her to be paid the same as him for the Jurassic World sequels.

“What I will say is that Chris and I have discussed it, and whenever there was an opportunity to move the needle on stuff that hadn’t been already negotiated, like a game or a ride, he literally told me, ‘You guys don’t even have to do anything. I’m gonna do all the negotiating. We’re gonna be paid the same and you don’t have to think about this, Bryce.’”

“I love him so much for doing that,” Howard concluded. “I really do, because I’ve been paid more for those kinds of things than I ever was for the movie.” [via Insider]

While Pratt may have been able to improve Howard’s pay, he obviously wasn’t able to do the same for the quality of the films, as each Jurassic World movie has been worse-reviewed than the last.

The most recent film in the franchise, Jurassic World: Dominion, hit theaters earlier this summer and has earned over $970 million at the global box office, making it the first film in the trilogy not to crack the $1 billion mark.

RELATED: Chris Pratt Is Taking His Son On A ‘Coming-Of-Age’ Camping Trip, Will Show Him These 10 Movies