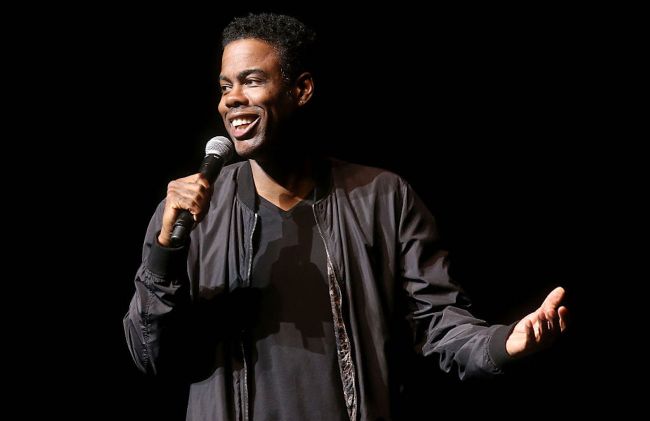 When you’re as successful and as talented as Chris Rock is, it’s not really possible for you to have a “comeback”. You know the guys: the Bill Murrays, the Eddie Murphys, the Steve Martins, the Jim Carreys, the Adam Sandlers, the list goes on and on — comedy icons who, however waning their box-office power maybe, always maintain the ability to bring their A-game and blow people off the screen with their famed skills. Chris Rock is very much one of those people.

Still, all that said, he has undergone a mini-renaissance in recent years: in the last 12 months alone, Rock has starred in the new Saw movie Spiral and as the lead in FX’s hit anthology series Fargo, while also hosting Saturday Night Live for the first time since 2014 (he also starred in HBO Max’s The Witches, but, uh, the less said about that, the better). Next year, he’ll star alongside the likes of Christian Bale, Margot Robbie, John David Washington, Rami Malek, Zoe Saldana, Robert de Niro, Mike Meyers, Timothy Olyphant (yes I’m going to keep going because this cast is insane), Michael Shannon, Anya Taylor-Joy, and Taylor Swift in David O. Russell’s latest film.

As a result of his recent run, Rock appeared on an episode on Variety’s excellent “Actors on Actors” series alongside Nicole Kidman, where the pair got into discussing the pioneering Lucille Ball, who Kidman will be playing in the upcoming Aaron Sorkin-directed biopic Being the Ricardos (fellow Academy Award winner Javier Bardem will be co-starring as Desi Arnaz — just excellent casting choices).

When discussing the difficulties for women on movie sets, Rock revealed that he has fired people for not being able to listen to them:

Rock weighed in, “Let’s not downplay the fact [of] how hard it must’ve been to be a woman at that time going through, you know, just like, ‘I’m [Lucille] the boss. Not him [Desi]. I’m the boss.’”

When Kidman said “it is still tricky” in Hollywood for women to navigate positions of power, Rock added, “It is still. I’ve fired people because they couldn’t listen to a woman. I was like, ‘How come he’s not doing …?’ And then I realize, ‘Oh.’” [Variety via IndieWire]

You can check out the full conversation between the pair below.