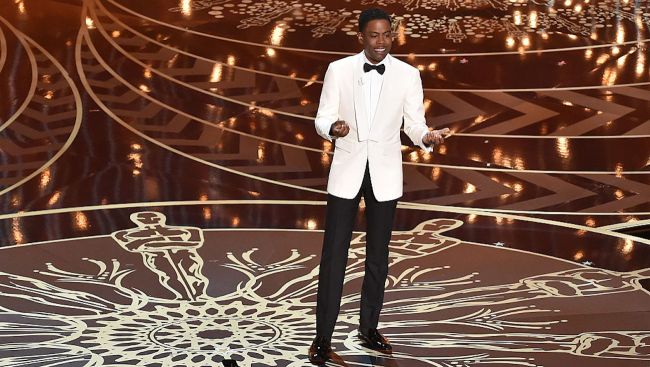 During the 2022 Academy Awards ceremony, Will Smith stole the show, but certainly not for his Best Actor victory, as all of the headlines have obviously been focused on his swing at comedian Chris Rock.

After Rock made a joke about Smith’s wife Jada Pinkett — who has shaved her head due to a battle with the hair loss condition alopecia — Smith walked on stage and took a swing at Rock, who had joked that he was looking forward to seeing Jada Pinkett in a G.I. Jane sequel.

Following the incident, a joke that Rock made about the couple during the 2016 Academy Awards was dug back up:

“Jada boycotting the Oscars is like me boycotting Rihanna’s panties. I wasn’t invited. I understand why you’re mad. Jada’s mad her mad Will Smith wasn’t nominated for Concussion. I get it. It’s not fair he’s that good doesn’t get nominated. It’s also not fair he got paid 22 million for Wild Wild West,” Rock said while he was hosting the 2016 Oscars.

Let’s not forget Chris Rock’s opening monologue from the 2016 Oscars where he shades Will Smith and Jada Pinkett Smith. #Oscars pic.twitter.com/DkUPHXVDyE

Despite the incident, Smith still won the award for Best Actor for his work as Richard Williams in King Richard. During his speech, Smith said that “love makes you do crazy things” and also gave a shoutout to Denzel Washington, who gave him some sage advice following the altercation.

All in all, quite the night for the Hollywood icon, who — despite unfortunately taking the headlines away from himself — scored a much-deserved, legacy-cementing Best Actor win.