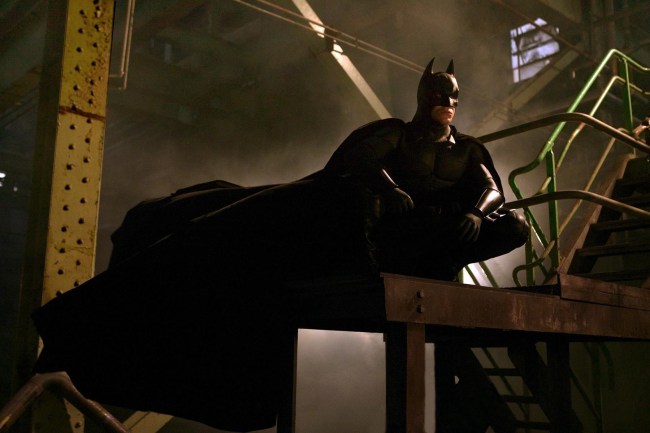 Saving the Dark Knight from the low-point that was 1997’s Batman & Robin, Christopher Nolan’s gritty approach to the legend of Bruce Wayne not only reinvigorated the character’s cinematic future but effectively changed the perception of comic book movies (a trend that was started by X-Men and Spider-Man, to be fair).

As is the case with any movie worth its salt, fans have taken to Twitter to celebrate its anniversary, including our own Post Credit Podcast, which shared the Batman story that convinced Christian Bale he wanted to play the Caped Crusader.

According to IMDB, citing an interview with Moviefone (remember Moviefone?!), Bale said he first took up an interest in portraying Batman after reading the 1989 classic Arkham Asylum: A Serious House on Serious Earth. As the tale goes, Bale enjoyed the story so much that he told his agent that “if anyone was making another Batman movie, he wanted in.”

Christian Bale first became interested in playing Batman after reading ‘Arkham Asylum: A Serious House on Serious Earth’, telling his agent to keep him posted on WB’s next Batman movie.

‘Arkham Asylum’ is considered to be one of the darkest Batman stories 🦇 pic.twitter.com/3qbhpSH6fK

“The inmates of Arkham Asylum have taken over and seized control of the staff. They’re willing to release the hostages, but only if their one demand is met: Batman must be turned over to them, and become one of their own.”

I’ve personally read Arkham Asylum: A Serious House on Serious Earth and it truly is unlike any Batman story I’ve ever read as it dives excruciatingly deep into the fractured psyche of Bruce Wayne. In fact, it’s more of a horror novel than it is a superhero comic book, as it turns the infamous Arkham Asylum into a character in and of itself.