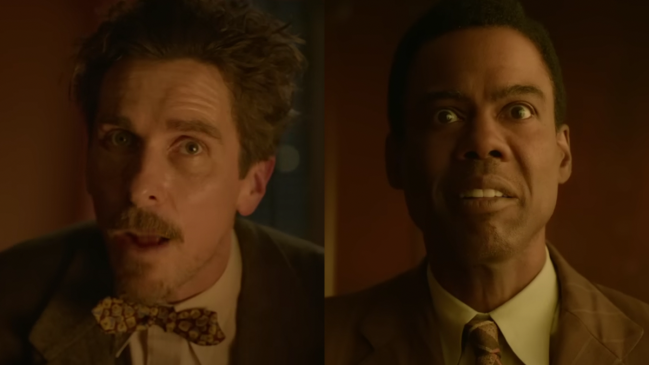 The lead-up to the release of Don’t Worry Darling was essentially an exercise to prove the validity of the adage that “All press is good press,” as the vast majority of The Discourse surrounding the movie concerned the tsunami of drama stemming from the various egos that reportedly clashed on the set during filming (it seemed to confirm that axiom is indeed true by finishing at the top of the box office by netting $19 million in its opening weekend).

As a result, it’s not too much of a stretch to assume the cast of Amsterdam had to deal with some similar turmoil after coming across a story about noted method actor Christian Bale refusing to talk to Chris Rock on the set of David O. Russell’s star-studded caper (which also stars Margot Robbie, John David Washington, and Anya Taylor-Joy in additions to veterans including Timothy Olyphant, Michael Shannon, and Robert De Niro).

Thankfully, that was not the case, as the Welsh star of American Psycho and Christopher Nolan’s Batman trilogy said he had to avoid the comedian during filming for one of the most wholesome reasons imaginable.

Bale recently talked about the process of making Amsterdam with IndieWire, and during the interview, he shed some light on how Rock inadvertently interfered with the process that’s helped him earn four Academy Award nominations (including the Oscar he won for Best Supporting Actor thanks to his performance in The Fighter).

“I remember his first day, I was excited to meet him, I’m a big fan of his standup.

Then he arrives, and he’s doing some things.… David [O. Russell] told him to tell me some stories that I didn’t know he was gonna tell me, which is the way David works often. And I was loving it. But Chris is so bloody funny and I found that I couldn’t act, because I was just becoming Christian laughing at Chris Rock.

So I had to go to him, I went ‘mate, I love talking to you, and we have mutual friends, but I can’t do it anymore. Because David didn’t ask me to make this film so he could just watch me giggle. He wants me to be Burt, and I’m forgetting how to be Burt.’”