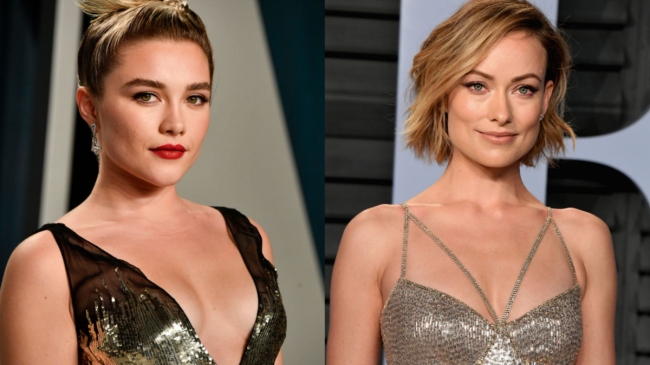 While they say all press is good press, that may not be the case for Olivia Wilde’s new film Don’t Worry Darling, which hit theaters this weekend.

Already a topic of controversy due to the casting and subsequent parting of ways with Shia LaBeouf (both Wilde and LaBeouf are telling conflicting versions of events, with LaBeouf recently claiming he quit and was not fired), the negative headlines surrounding the film have only grown in recent weeks due to a reported rift between the film’s director, Wilde, and its star, Florence Pugh.

Now, according to a new report from Vulture, it’s been revealed that the rift became the two became so substantial that the pair eventually had a “screaming match.” The reason for the reported dispute is that Pugh began to grow frustrated with Wilde’s frequent absences, as her and new boyfriend — who began dating while the film was in production — “would just disappear,” according to a source.

According to an anonymous source who spent significant time on the DWD set and spoke to Vulture last week, a blowout argument between star and director did indeed take place in January 2021 — about three-quarters of the way through filming.

Pugh had reportedly grown fed up with the director’s frequent unexplained absences. “Olivia and Harry would just disappear,” the source says. But the breaking point came when Pugh, 26, and Wilde, 38, broke into a “screaming match,” this person recalls. [via Vulture]

As a result of their disagreements, then Warner Bros. president Toby Emmerich got involved in the situation to ensure that Pugh would participate in the film’s promotion.

Emmerich [was] forced to play referee in a ‘long negotiation process to ensure Pugh would participate in the film’s life cycle ‘in any way’ and not jeopardize the potential box office.

Vulture’s report also indicates that Warner Bros. isn’t all too thrilled with how Wilde has handled the film’s promotion, particularly in regard to the circumstances surrounding Shia LaBeouf and how Wilde has addressed the matter in interviews.

“Olivia is either a mad genius who figured out a way to make people more aware of the movie in a way that just drives up the box office,” says another source close to the production, “or she doesn’t have any self-awareness that she is f***ing up her movie.”

Somewhat perversely, though, there’s a real chance that all of the on-set drama and subpar reviews (37% critics score on Rotten Tomatoes) provide the film’s target demographic with even more of a reason to go see it.