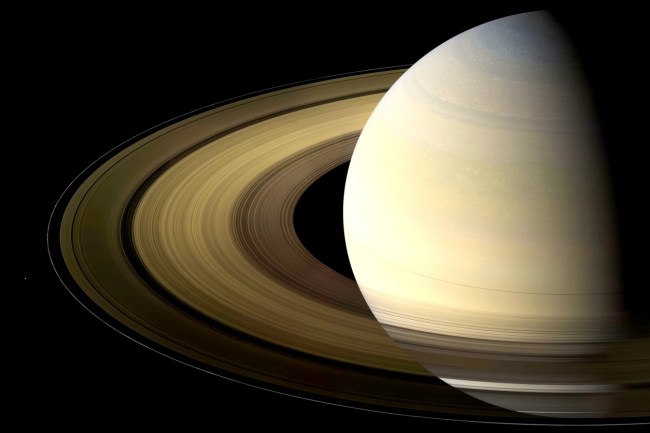 Are you ready to witness an astronomic phenomenon that has not been seen since the Middle Ages? The celestial event, known as the “Christmas star” or “Star of Bethlehem,” will feature Jupiter and Saturn appearing to orbit so close to each other that it will look like a double planet.

Every 20 years, Jupiter and Saturn appear to orbit near each other, but it has been nearly 800 years since they will be this close to one another as seen from Earth. This year, our solar system’s largest planets will appear to separated by only one-fifth the diameter of a full moon, or 0.1 degrees. The massive celestial bodies will look so close in proximity to one another that stargazers will be able to fit them both in the same telescopic field of view.

The last time that two gas giants aligned this close during their orbits around the sun was in 1623. However, that event took place too close to the sun, which made it impossible to see on Earth. Before that, the last visible Christmas Star happened in 1226, when Genghis Khan was dominating Asia.

“Alignments between these two planets are rather rare, occurring once every 20 years or so, but this conjunction is exceptionally rare because of how close the planets will appear to one another,” said Rice University astronomer Patrick Hartigan. “You’d have to go all the way back to just before dawn on March 4, 1226, to see a closer alignment between these objects visible in the night sky.”

The space event is known as a “conjunction,” when two or more objects meet up with each other in our sky and appear to be near to each other due to our vantage point despite the objects actually being hundreds of millions of miles apart.

So how do you see this incredible space oddity?

The Christmas Star will happen on this year’s winter solstice, which takes place on December 21. However, you can start to look for Saturn and Jupiter in the December sky. Between December 16 and December 25, the two planets will be separated by less than a full moon.

“Over the next couple of weeks you can watch them move, which is super-cool, because you’re actually seeing planets in orbit,” Hartigan told USA Today.

The best viewing conditions will be near the equator, and those in farther north latitudes will have less time to catch a glimpse of this astronomy rarity.

Weather permitting, the best time for viewing the space light show is between dusk and 15 to 20 minutes after dark, according to Amy Oliver, spokeswoman for the Harvard-Smithsonian Center for Astrophysics.

Saturn, which is farther from Earth, will be the fainter one.

You will need to gaze into the low southwestern horizon right after sunset, approximately 20 degrees above the horizon at 6 P.M. local time.

You won’t need binoculars or a telescope to see this Great Conjunction of 2020, but those who do will be able to see both planets, including Saturn’s rings, as well as several of their largest moons.

The two largest planets in the solar system will not be this close until the early morning of March 15, 2080, and then again sometime after the year 2400. So make sure you check it out!