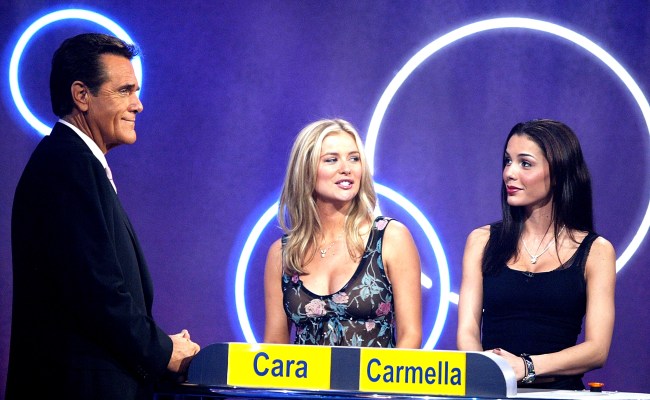 Legendary game show host Chuck Woolery of Wheel of Fortune, Love Connection, The Dating Game and Scrabble fame caused a stir on Sunday when tweeted out that “everyone is lying” about COVID and coronavirus.

Actually, it was President Donald Trump who caused a stir when he retweeted what Woolery had to say about the coronavirus. Because, really, who the hell is following a 79-year-old former game show host on Twitter? I mean, besides the President of the United States, of course.

“The most outrageous lies are the ones about Covid 19. Everyone is lying. The CDC, Media, Democrats, our Doctors, not all but most, that we are told to trust,” Woolery wrote, which, again, as I stated, was retweeted by President Donald Trump. “I think it’s all about the election and keeping the economy from coming back, which is about the election. I’m sick of it.”

When asked by CBS News’ Catherine Herridge why he retweeteed Woolery’s comment about COVID while at the same time trying to discredit actual health officials, Trump replied, “I didn’t make a comment. I did. I reposted a tweet that a lot of people feel. But all I am doing is making a comment. I’m just putting somebody’s voice out there. There are many voices. There are many people that think we shouldn’t do this kind of testing, because all we do, it’s a trap.”

So far, the coronavirus has killed more than 138,000 Americans, and is showing little sign of slowing down in many states *cough*Florida*cough*.

On Monday, Woolery returned to Twitter and in full-on backtrack mode wrote, “To further clarify and add perspective, COVID-19 is real and it is here. My son tested positive for the virus, adding how bad he feels for “those suffering and especially for those who have lost loved ones.”

Then guess what happened? The Woolery either deactivated his Twitter account or Twitter went ahead and did it for him for spreading misinformation. Chuck Woolery is certainly no Alex Trebek.

Life comes at you fast #ChuckWoolery People say his account is suspended for falsifying information about the virus. Wrong! He erased his account because he’s been blaming Democrats for the virus and downplaying it’s seriousness. Until… his own son got it. Karma is a bitch pic.twitter.com/jQ9S69MjOD

Woolery did not say which of his two sons had contracted the coronavirus, just that the one that is infected was asymptomatic.