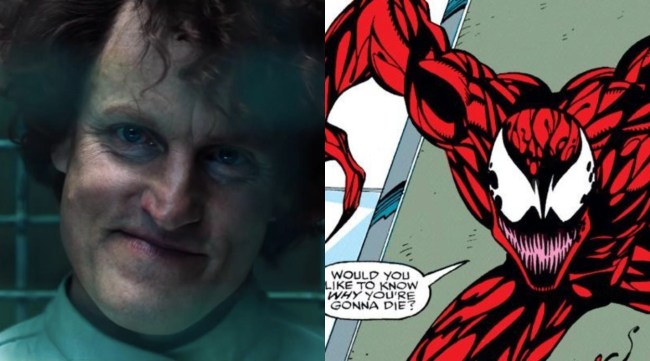 Every time I write anything about or related to Venom, the article usually consists of me being shocked that the film wound up being successful.

Despite the fact that it seems as if it was unearthed from a 2007 time capsule, Venom — somehow, someway — made over $856 million at the global box office. To put that into context, Justice League — which featured the likes of Batman, Superman, and Wonder Woman — “only” made $658 million at the global box office. Think about that for a second — a literally average movie with wonky special effects that only starred Tom Hardy as a grotesque alien anti-hero made almost a quarter-of-a-billion dollars more than a team-up movie with the Dark Knight and the Man of Steel. Just stunning stuff.

Not only that, but Venom is essentially a Spider-Man movie that doesn’t feature Spider-Man. Venom is supposed to be the yang to Spidey’s ying and yet the latter is nowhere to be found. Still, somehow, the film worked, as it not only paved the way for a sequel, but it essentially launched a mini Sony Marvel Universe. What a time to be alive.

This year will see the release of two films within said mini-universe, the first being Jared Leto’s Morbius, which is set to be released in July. Then, in early October, Venom 2 — which sees Woody Harrelson join the cast as Cletus Kasady/Carnage — hits theaters.

Fans got their first taste of Kasady in Venom‘s post-credit scene, and now — with his cinematic debut about half-a-year away — Tom Hardy has shared a behind-the-scenes first look at the Venom 2 character.

Kasady, a serial killer in the Spider-Man comics, is known for being the original host of the Carnage symbiote. While they are both symbiotes, Carnage is far more malevolent than Venom, as the former is an outright villain compared to the latter’s more anti-heroic adventures.

‘Venom 2’ hits theaters in the United States on Friday, October 2. 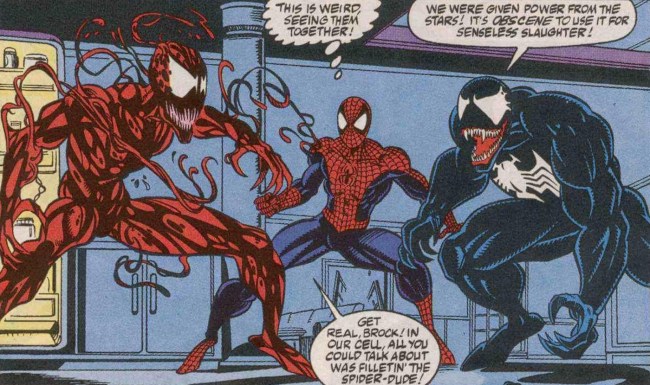