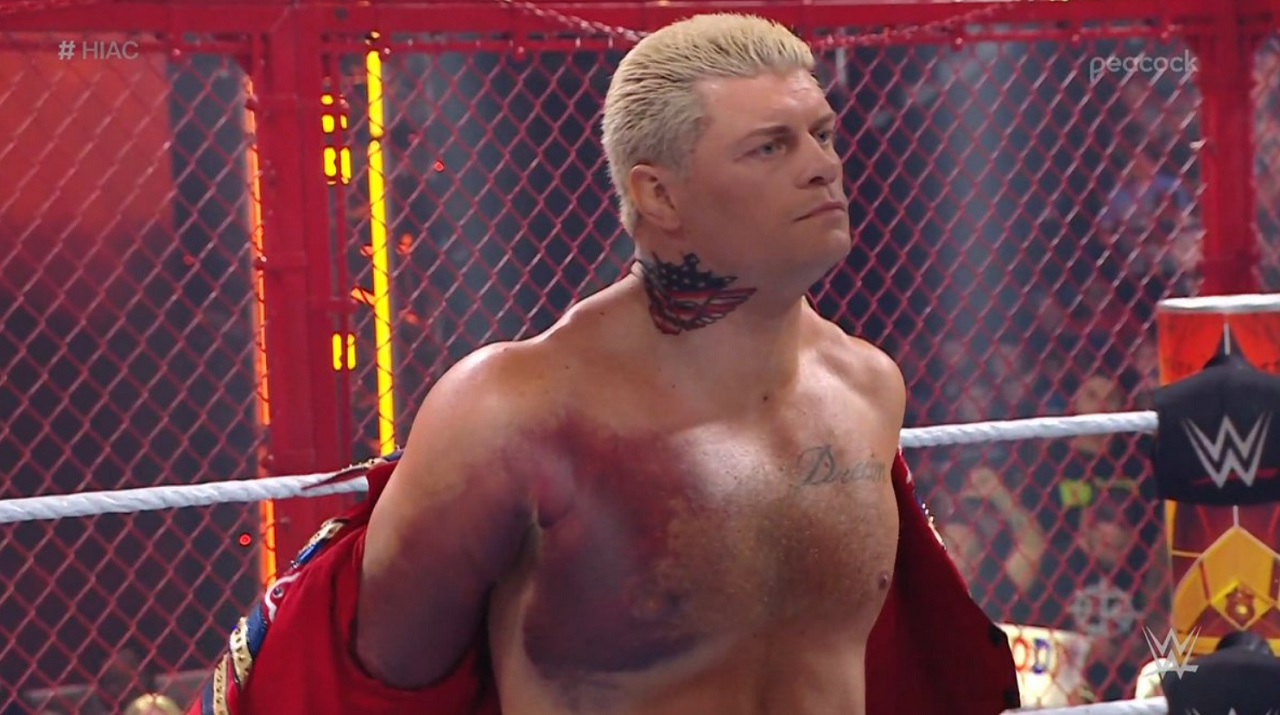 Before Sunday’s WWE Hell In A Cell event, it was reported that Rhodes had suffered a serious injury lifting weights but would still work his match against Seth Rollins.

“Cody was injured lifting weights. From what I gather, it’s a pretty serious injury.
My impression is that he is working the match tonight with the injury and I guess will get it taken care of later. The injury is legit.”

Rhodes showed up to Sunday’s WWE event with a noticeably bruised pectoral muscle and fans were shocked that he was allowed to wrestle.

"For the love of the game." – @CodyRhodes #HIAC pic.twitter.com/3bHlLl5UB9

Cody Rhodes is a damn madman for actually working a Hell in a Cell match the same day he tore his damn pec off the bone. Holy shit, dude. This man deserves all the respect. pic.twitter.com/yAU7eNbhYt

How the shit is he allowed to wrestle??!?!? pic.twitter.com/IX00BPohCS

Rhodes even played up his injury for the match.

Listen. The legend of Cody Rhodes is gonna levitate to another galaxy after this match. This is as RASSLIN as it can get for him. Nuff respect

I’ve never been more impressed by a performance in a wrestling ring than what Cody Rhodes did tonight. The stuff of legend. Keep your 5-star matches, that was a 10-star effort #WWE #HIAC