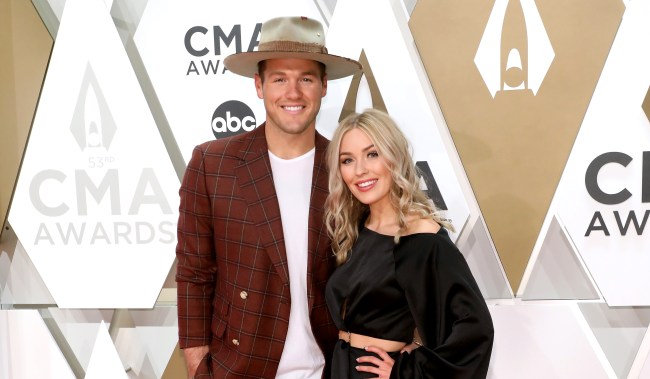 Colton Underwood, the man who had enough game to land some dates with Olympic gold medalist Aly Raisman and ridiculously said that the pressure of The Bachelor was similar to what he faced in the NFL, just spilled the beans on a question that has surely crossed the mind of any man who has watched an episode of the show.

What do the bachelors do when they pop a boner and the cameras are rolling?

The answer to that question and more comes in the form of Underwood’s new memoir, The First Time: Finding Myself and Looking for Love on Reality TV.

Inside Underwood’s book he reveals that (a) erections were common on The Bachelor (duh), and (b) “the producers are sensitive to guys who find themselves in a hard situation.”

“They weren’t on TV, but boners are a real, regular, and unavoidable part of the show,” wrote Underwood.

The 28-year-old former Raider also shared an example. One time he was in the ocean with one of his lady loves when the producers wanted him to come back on to land for an interview.

“I wasn’t ready to get out of the water,” he remembered.

“I had a little signal I gave producers like, ‘Hey, you have to chill.’ Every time I yawned, that was my signal,” Underwood admitted in a recent interview with the Los Angeles Times. “Producers would be like, ‘Cut! We have to get him out of the water!'”

So now you know… and so does Underwood’s grandmother.

“My grandma texts me — I gave her a copy of the book and I said, ‘Hey, just want to let you know there’s some things that might make you uncomfortable,'” he shared. “She’s like, ‘You know what? I always wondered about boners on that show. I’m glad you addressed that, but it was a little weird.'”

Underwood also talked about how it all went down with Raisman at the end of their relationship.

I haven’t spoken with her since our breakup. It was so sudden that I just kind of closed that door and left it behind. I’m still good friends with Simone [Biles] and would check in on her through Simone. I leaned on Simone in terms of giving her a head’s up: “I’m going on this show, I want to make sure everybody understands.” I have so much respect and still have so much love for her. Her mission and what she’s chosen to do with her platform is so cool that the last thing I wanted to do is be a distraction — some doofus that is all of a sudden attaching her name to this reality show. The producers allowed me to honor that.

Eh, it all worked out for him in the end as he and Cassie Randolph have so far defied the odds and are still together.