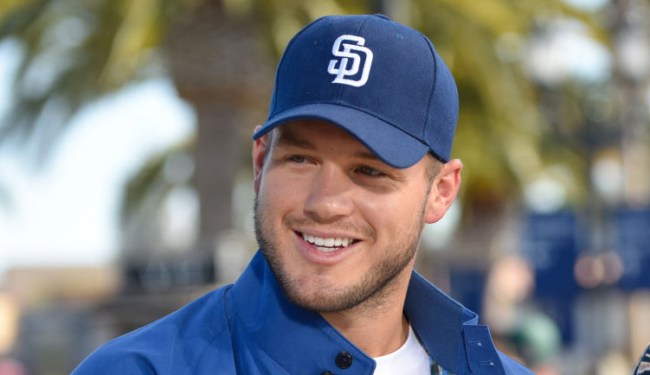 First of all, can we all stop calling the latest star of The Bachelor Colton Underwood a former NFL tight end? Here are his career stats in the NFL: undrafted, 0 games played, 0 catches, 0 yards, 0 touchdowns.

Nowhere in there is any mention of, you know, actually playing in a game. It also, laughably, says that he “retired” from football. Yeah, and I “retired” from writing for the New York Times. Same difference. Let’s just say he played tight end at Illinois State and leave it at that.

That out of the way, I don’t hate the man. In fact, I am quite envious of him. Bro somehow managed to turn being a not-great tight end into being 26-years-old and making a bunch of money while still not having a real job. Now that is something I can behind.

Since his “retirement,” Underwood has dated Olympic gold medal-winning gymnast Aly Raisman, been on The Bachelorette, Bachelor in Paradise, and now he is the headliner on the 23rd season of The Bachelor.

Oh, and did you know that he’s also a virgin. Because I don’t think that’s been mentioned enough.

Now, while I do envy the guy, he needs to slow his roll when it comes to the virgin thing, as well as his NFL “career.”

For example, Underwood recently somehow managed to compare being on The Bachelor to playing in the NFL.

“I would say that the pressures are sort of similar, but I think ‘The Bachelor’ has been the toughest for me to adjust to in the way of, as far as pressure goes, there’s always the next play, next game,” ABC’s newest leading man told reporters on a recent conference call (via Page Six).

“With ‘The Bachelor,’ it’s your life now, so instead of people critiquing your game, they’re critiquing your life or they have an opinion. It was just a matter of me sort of understanding that, that they’re going to have their opinions, and I just needed to stay true to who I was and really not let that affect me.”

This has NEVER happened on #TheBachelor before…and you won't want to miss one episode this season. pic.twitter.com/VgRDPeQKPA

Honestly, how in the hell is this guy still a virgin?