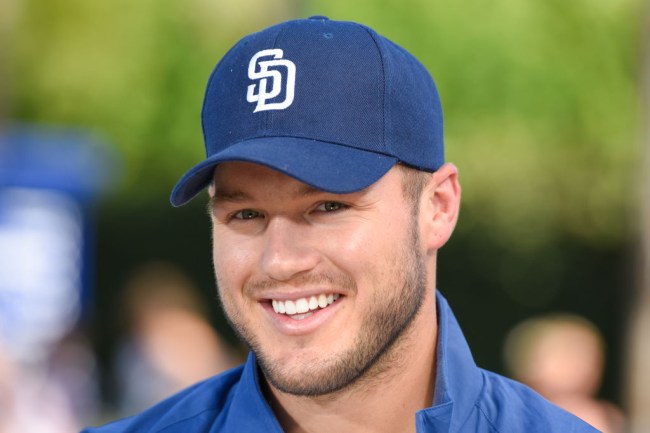 May 2012. I remember it like it was yesterday. My two roommates had engagements that night and I had the rare luxury of having the apartment to myself on a beautiful spring night. You already know where this is heading.

I lay back on the couch and let out a huge sigh of relief only to hear the keys giggling to the apartment door. I scramble as quickly as I could, but it was too late. My roommate comes waltzing through the door, fresh off being stood up by a Tinder date, only to walk into a scene more humiliating. I was drinking a Michelob Ultra (pinkies up!) watching The Bachelorette on ABC.

Six years later, it’s been a guilty pleasure I haven’t been able to shake, despite news circulating amongst my friend group and turning me into the male equivalent of an Ugg boot-wearing, pumpkin spice-sipping, bedazzled iPhone case-owning basic bro.

In my defense, I watch it (religiously) for the exact opposite reasons your Aunt Linda does. I find immense comedy in the premise of a bunch Ken dolls vying for the love of one woman in a highly public, six week boozefest that ends with a FUCKING MARRIAGE PROPOSAL. AFTER SIX WEEKS. OF HOOKING UP WITH DOZENS OF OTHER PEOPLE.

I LOVE A RARE STEAK AND FOOTBALL AND GIVING NERDS SWIRLEYS TOO SO BACK OFF!

There has to be one self-confident man who watches the show who’s still reading this.

For that one man, this post is for you.

Did you, like, see who the new Bachelor is? Colton the VIRGIN.

*SPOILER ALERT* The moment we've been waiting for…
Meet your new Bachelor! 🌹 pic.twitter.com/hLzXiOqDE3

The same Colton who dated Olympic gymnastics legend Aly Raisman and is STILL A VIRGIN.

The same guy who was on an NFL roster and IS STILL A VIRGIN.

The same guy who sulked around last season wearing his virginness like a Scarlett Letter while refusing to do the only thing to remedy his sickness–GET LAID. Just the tip counts!

I mean, have you seen this guy. If my girlfriend wouldn’t entertain the possibility of giving him an OTPHJ  while I was away on business, I’d have to question her mental state. He looks like if Ken Doll banged Marcus Aurelius and then that baby never had sex for 27 years.

With all this said, I’m genuinely worried for this dude. Remember how stressful losing your virginity was like TWO DECADES AGO? Imagine having 30 women beating each other up to take a bite of the virgin apple and have all these interactions broadcasted to millions of people each week. I mean, I was no Lexington Steele my first time around, and if someone stuck a camera in my face I’m pretty sure my penis would have shriveled into my small intestine.

The only thing we as BaChEloR NaTiOn can do now is: