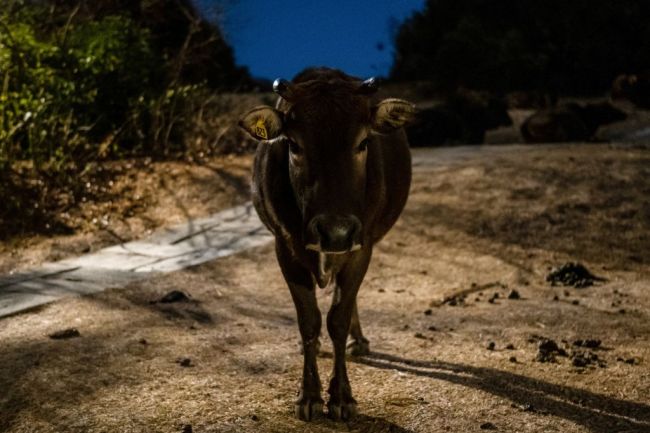 Move aside bull in the china shop, there’s a new cow in town. An escaped cow in Antioquia, Colombia ran into the waiting room at the Hospital San Rafael and the attacked the unsuspecting patients over the weekend, causing immediate panic and chaos. A group of the frightened locals ran to the corner to get away, but the cow followed and slammed into them, pinning one woman to the wall.

Fortunately, the cow slipped and fell several times on the laminate floors, which allowed some of the patients to escape. However, the injured woman is left trapped in the corner and is kicked against the wall. Two of the patients who had already escaped ran back in to rescue the remaining stragglers and tried to pull the cow out by its flailing lead. The cow suddenly broke free and charged back toward the corner, standing and stepping on the woman once again.

At that point, one of the men rushed back in and attempted to distract the cow before it leaves under its own discretion. The injured woman gets up and is able to walk off under her own power, though clearly shaken up.

Another video shows the incident from outside of the door, where locals do their best to get the cow out of the waiting room. They scatter when the cow eventually decided to leave, damaging two motorcycles in the process.

A local newspaper reported that nobody was seriously injured and the woman who was caught in the corner received treatment for minor pain and bruises. It also reported that the cow’s owner went and apologized for the incident, inquiring about the damage of property and the woman’s health.