A Bar In Washington D.C. Has A Cocktail That’s Stirred Entirely By Sound 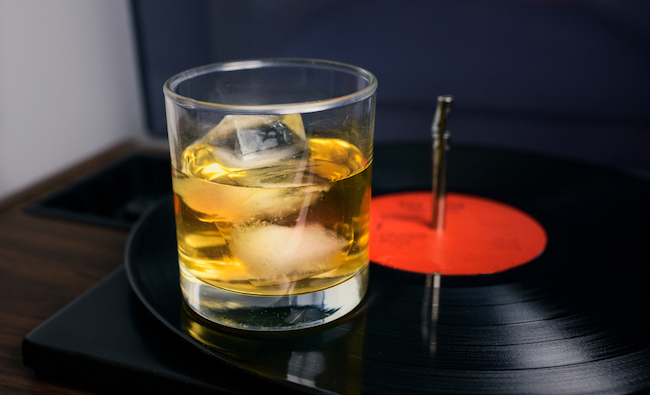 For decades, James Bond has led the entire world astray by making the ill-advised decision to order his martinis shaken, not stirred. As someone who currently has a can of watermelon Four Loko in his fridge, I’m not one to judge someone for what they decide to drink, but it’s an objective fact that the majority of cocktails are designed to be stirred unless they have ingredients like juice or egg whites in the recipe.

The cocktail experts at The Columbian Room in Washington D.C. have managed to put themselves on the map for their ability to dream up some impressively creative libations— including a punch appropriately called “Sound” that’s prepared in a vibrating meditation bowl and stirred entirely by sound. If you’re in search of a video that’s perfect for playing on repeat the next time you do psychedelics, you don’t have to look any further than this.

According to Maxim, chef Johnny Spero was the man responsible for figuring out how to harness the phenomenon of cymatics to produce a vortex that allows the drink to stir itself without the help of a cocktail spoon. They spoke to beverage director J.P. Fetherston, who says the method of preparation is designed to do more than merely mix:

“We saw it as an interesting means to both gently agitate a cocktail, so yes, ‘stirring’ it in effect, but also produce a soothing tone that will hopefully have a physical effect on guests. This tied it to research we had seen about the ways that different sounds and sound waves can affect what we taste.”

The Washingtonian reports the punch is made with brandy from Copper & Kings, which pumps a subwoofer into its cellar in an attempt to accelerate the aging of the spirit. The drink is part of a four-course cocktail tasting menu that will be available until June.