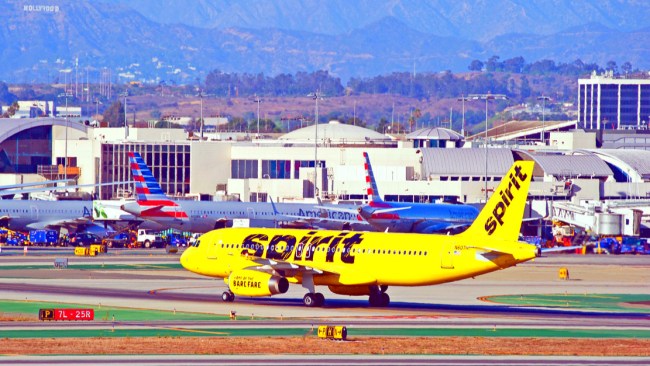 Spirit Airlines…is there anyone out there who doesn’t have a horrible story about something that happened to them or someone they know that has flown Spirit Airlines?

Don’t get me wrong. Flying almost any airline these days is usually an utter nightmare, but Spirit…they just seem to go above and beyond to make you never want to travel again.

They’re like the Comcast of airlines. (Though comedian Brent Pella calls them the Motel 6 of airlines, which I think is more of an insult to Motel 6.)

Remember back in May when Spirit Airlines pretty much caused a riot at a Florida airport when they cancelled a bunch of flights?

Or back in February when Spirit kicked a woman off a plane because they said that she was showing too much cleavage?

Yeah, they kind of suck. Let me put it to you another way: remember when the “Cash Me Ousside” girl got kicked off a plane for punching another passenger? That was a Spirit Airlines flight.

So if you’re thinking about traveling by plane this holiday season, you really need to listen to this hilarious rant about Spirit Airlines by comedian Brent Pella.