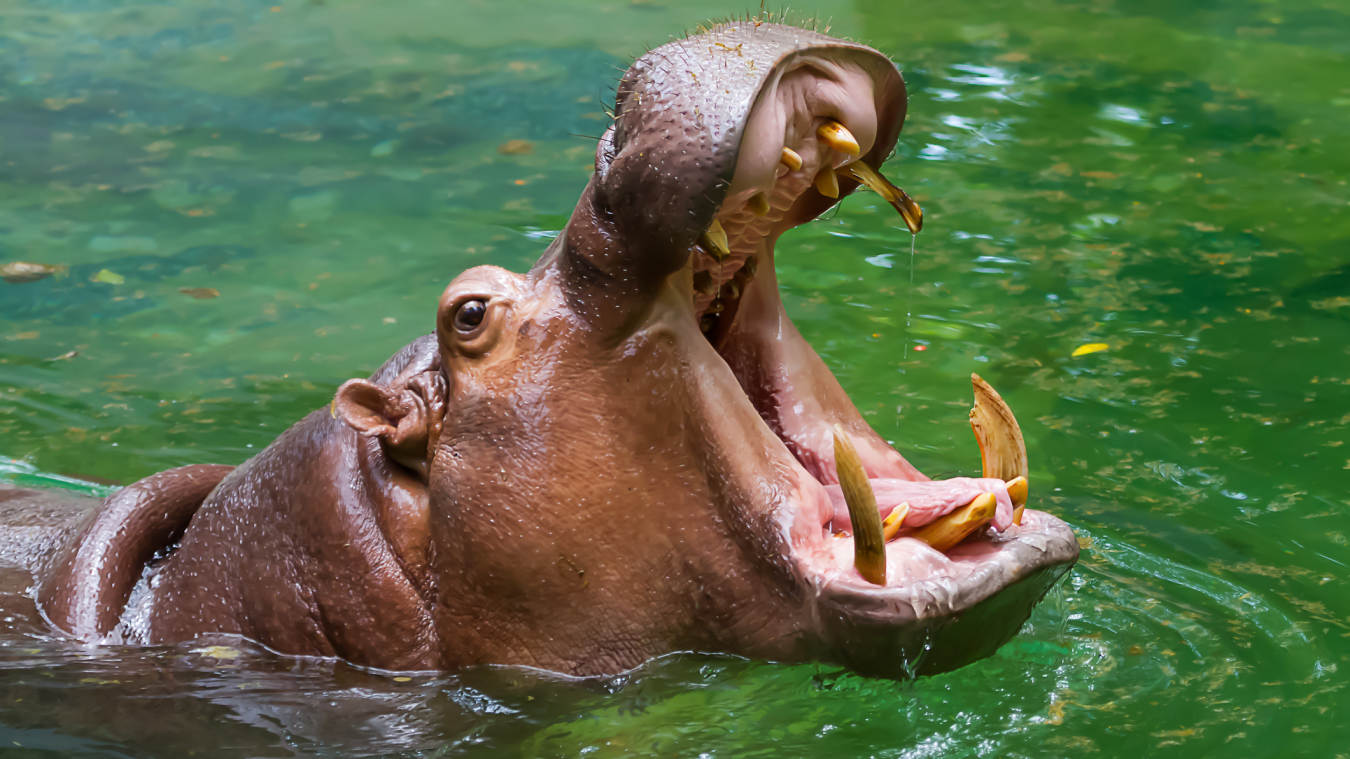 The Internet is full of inside jokes. Some of these inside jokes stick around longer than others.

A perfect example of this would be ‘is a hot dog a sandwich?‘ Another famous example would be ‘who would win in a fight, a horse-sized duck or 100 duck-sized horses?’

Responding to the question ‘is there any animal on the planet that 100 humans couldn’t take out with their bare hands?,’ Nathan Hurd says the following:

“I don’t think there’s any land animal that we could not, like a hundred of us can’t take out. I know some people are gonna be like ‘what about a Hippo’ or something…”

“We gonna lose some people. Like, that’s going to happen. If we go at a bear somebody’s going to get bitten in the face. The bear’s taking out 27 of us for sure. And a hippo might take out 53 but in the end, I think we got that mother f–ker.”

Could 100 Humans Win A Fight Against A Hippo? Nathan Hurd Says Yes, ChatGPT Says No

I got curious what the ChatGPT bot that’s gone viral recently would have to say about this. The AI chat bot has a very different answer from comedian Nathan Hurd.

I recently asked the ChatGPT bot the horse-sized duck question and it gave me an answer about human cruelty. It completely missed the point. But here’s what the AI ChatGPT bot says about 100 humans fighting a hippo: 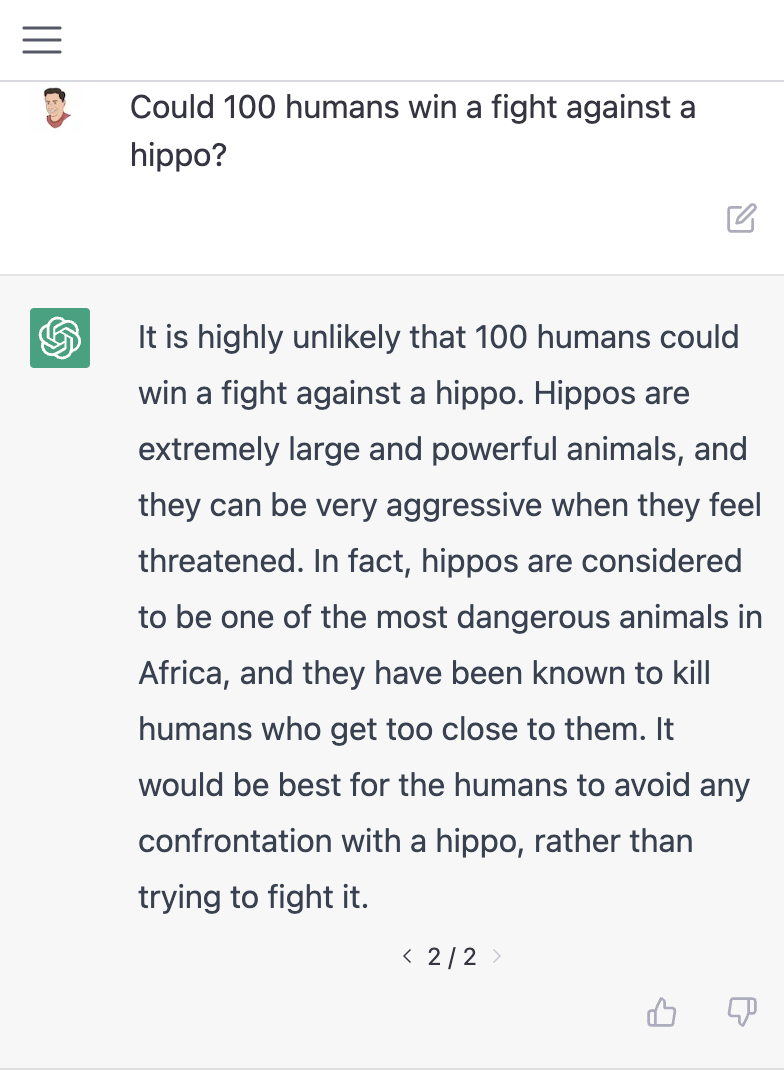 Who do you believe, comedian Nathan Hurd’s compelling and hilarious argument that 100 humans would win a fight against a hippo? Or do you believe the artificial intelligence chat bot?