Is A Hot Dog A Sandwich? The Case For Why It’s Absolutely Not… 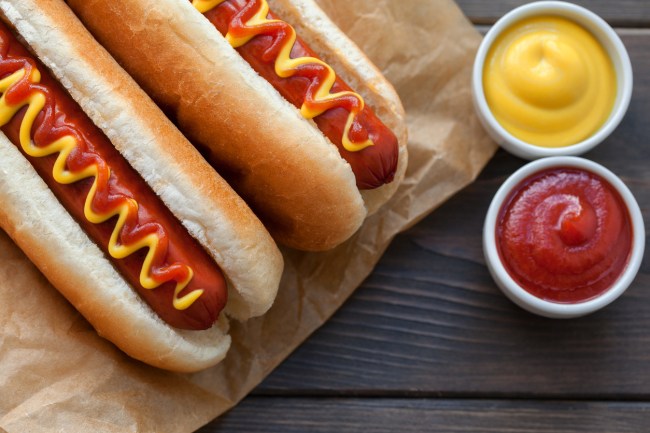 Is a hot dog a sandwich? It’s one of the biggest food debates of all time.

A hot dog is not a sandwich, let us tell you why!

The answer is fairly simple and the National Hot Dog and Sausage Counsel agrees.. A sandwich, as defined by the Oxford English Dictionary, is “an item of food consisting of two pieces of bread with meat, cheese, or other filling between them, eaten as a light meal.” A hot dog, as defined the Oxford dictionary, is “a frankfurter, especially one served hot in a long, soft roll and topped with various condiments.” If that’s not enough for you, Merriam-Webster has a similar definition, declaring that a hot dog is “a frankfurter with a typically mild flavor that is heated and usually served in a long split roll.” I think most (sane) people can get on board with one of those.

But if a hot dog is a sandwich, why are there two separate definitions?

Why a hot dog is NOT a sandwich.

In the case of either definition for a hot dog, a “long, soft roll” or a “long split roll” is a singular entity. Neither, as given in the definition of a sandwich, can be considered “two pieces of bread.”

Should you need more evidence, let’s look back at history. A hot dog can go by many names— Frankfurter, frank, weiner, wiener, bratwurst, brat, wienerwurst, weenie, tube steak (this is the funniest), sausage, banger, glizzy, or boaster. Historians believe that the hot dog’s lineage can be traced back to Roman times and emperor Nero, whose cook, Gaius, is thought to have linked the first-ever sausage. 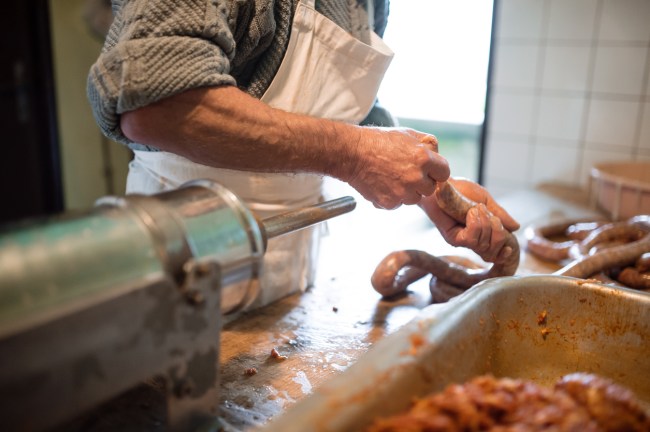 During that period, it was customary to starve pigs for a week prior to slaughter. According to the legend, Gaius discovered that one of his pigs had been served cooked, but somehow was not fully cleaned, meaning that the intestines and organs had not been removed. He stuck a knife into the belly to see if the roasted pig was still edible, and an intestine popped out. It had been empty from the starvation, but puffed out from the heat. Gaius had an epiphany and decided to stuff the intestines with ground meats, spices and wheat. Thus, the sausage was born. That went down somewhere in first century.

As the intestine-enclosed meat traveled across Europe, it eventually made its way into present-day Germany. The Germans took the sausage as their own and have since created many different versions to be enjoyed with beer and sourkraut, two things that pair most wonderfully together. 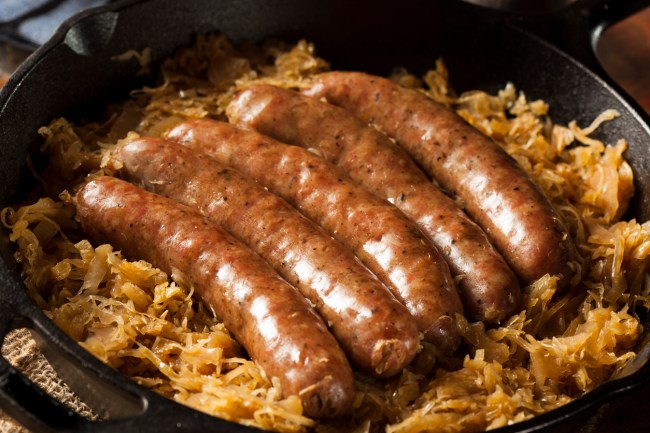 One of those versions, of course, was the dog. In fact, two towns in particular claim to be the original birthplace of the modern hot dog. Frankfurt, located in the bottom half of the state, claims that the frankfurter was invented there in 1484. Vienna, now part of Austria, also claims that they are the true originators of the “wienerwurst,” which is why you may have heard of a “Vienna sausage.”

Most people tend to trace the origin back to Frankfurt, so let’s go with that. 1484, eight years before Christopher Columbus set sail for America.

On the other side of the debate, the sandwich was invented in 1762 by John Montagu, the 4th Earl of Sandwich. Folklore says that Montagu had a severe gambling problem and did not want to take the time for a meal during his long hours playing at the card table. Consequently, he would ask his servants to bring him various meats served between two slices of bread. His friends, who also wanted to continue their high-stakes card games, would order “the same as Sandwich!”, and the sandwich was born. Another account believes that Sandwich was so committed to the navy, politics and the arts, that he would ask for meat between bread so he didn’t have to get up from his work desk. But that’s less fun, so we can pretend we didn’t hear that.

Either way, the sandwich did not come into existence until almost three centuries after the hot dog.

In addition, a recent study by the Scientific American found that humankind’s relationship with bread began as long as 14,400 years ago. Even if you don’t think that humans/our ancestors ate bread that long ago, we can fast forward and the point remains the same. During the Middle Ages (as far back as the 6th century), thick blocks of coarse, stale bread were used in place of plates. Meats and other foods were piled on top of the bread to be eaten with their fingers.

So yes, it is possible that the Germans of the 15th century did not eat their frankfurters with bread. I won’t contest that thought because we just don’t know. But based on history, it’s rather unlikely that the Frank-and-bread eating Germans were not Frank-with-bread eating Germans and you won’t catch me arguing the other side.