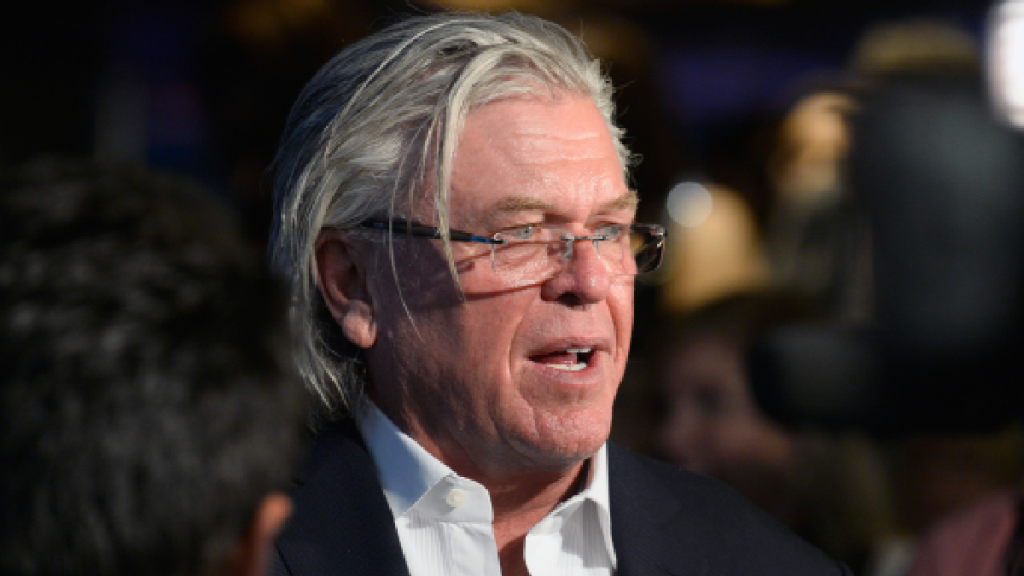 Comedian Ron White recently appeared on the Your Mom’s House podcast with fellow comedian Tom Segura. For those that remember Ron White from his Comedy Central special stand-up days, it’s a bit like seeing Gandalf come back from the dead in the Lord of the Rings movies.

Ron White basically disappeared for a while and has reemerged as Ron THE White, rocking an all-white beard and hair and looking a bit like Santa Claus. The discussion kicks off with Ron telling Tom Segura that he hasn’t had a drink (of alcohol) in well over a year which has been great for his health.

White used to famously drink whiskey on the rocks the entire time he was on stage. He’d perfected the comedic style of an intoxicated guy telling stories at the bar and turned that into mainstream comedic success. So it’s interesting to hear Ron White discuss how an interest Ayahuasca trip in Costa Rica turned his life around.

Ron White’s story about tripping balls on ayahuasca comes around the 8:30 mark in the video below. I’ve set the video to start then but you can jump back to the beginning of the podcast and watch and watch all 16 minutes of it if you’re so inclined:

Here are a few quotes from Ron’s story about tripping on ayahuasca and it being a life-changing experience in Costa Rica for those that would rather read than watch a video.

Ron describes the intense experience he had on Ayahuasca:

“So I’m out there going ‘oh it’s kinda like a little light mushroom buzz’ and then I opened my mouth and the entire forest rushed into it’ and I’m like it’s probably time to go in, right? So I went on in and I laid down on my mattress Some people get (ill), there’s vomit buckets too because it makes people vomit. Or, it gives you the sh-ts which is what it did for me.”

“I never thought I’d walk into a room full of people throwing up in buckets and go ‘LUCKY! I gotta go this other room and sh-t, you (get to) just throw up in your bed.'”

Tom Segura: “Was it a life-altering experience? Like a lot of people describe ayahuasca as ‘oh man, this completely changed my perspective on things.'”

Ron White: “What it did, in a nutshell, was helped me forgive everybody except one f–king divorce lawyer. I tell you, I did it and I was so good with forgiving everybody until it came to that sorry motherf–king piece of sh-t. So I’m hung up, just that one little thing, but the rest of it’s good.”

“And also a big part is just forgiving me… To let it go… It’s a waste of time… A waste of energy… But it really showed me a way to let it all go. And I’ll tell ya, the experiences after the first night, which were dark, were very light and full of nothing but love, feelings of love.”

“And it affects everybody differently because the night that I was on the mattress and could not get up, I couldn’t figure out how to scratch my head. My head itched. I have hands with fingernails. (I) couldn’t put them together. And other people are dancing… In my head I’m doing the Bill Hicks line ‘so you guys can use your legs, huh?'”

Tom Segura: “So you went through a full ride, huh? This was a full ride?”

Ron White: “A full ride. 4 nights in a row but the other three were just joyous. And completely different and I was ready to attack and go deeper and deeper. And it was kind of like a death and a rebirth but I got there quick.”

This isn’t the first time Ron’s talked about his experience with ayahuasca.

Ron previously was a guest on The Joe Rogan Experience where he discussed ayahuasca. It feels like anyone who has ever tripped on ayahuasca and comes within 50 feet of Joe Rogan has a legal obligation to tell Joe their story, which Ron did:

The greatest Ron White joke of all time

Ron White fans all have their favorite jokes and stories but for me, it’s the ‘Tater Salad’ story. His story of getting thrown out of a bar in NYC is legendary: