Tom Segura Eviscerates Will Smith For Slapping Chris Rock: ‘I Have Zero Respect For That B–ch’ 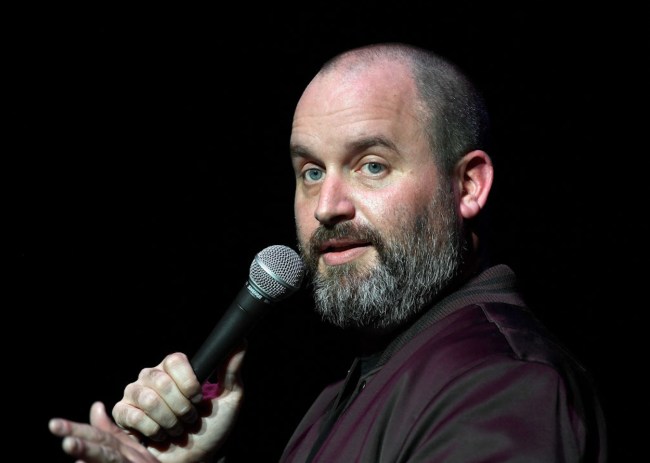 Everyone with a pulse has reacted to, and offered up their opinion, on Will Smith walking over to Chris Rock and slapping him across the face during the Oscars. With so many opinions out there, many get lost in the news cycle and algorithms, but that shouldn’t be the case for Tom Segura’s thoughts on the matters. The comedian did not hold back in blasting Smith for his actions.

Segura joined ‘The Pat McAfee Show’ earlier in the week and made it very clear that he’s on Team Rock. He also explained that any comedians out there that haven’t said something in support of Rock have made his list.

Maybe the best part about Segura’s reaction was him delivering all of his thoughts to McAfee via FaceTime while walking around New York City.

“Let me tell you this, man. The idea that you’re entitled a– thinks because your feelings are hurt, you get to assault one of the all-time greats because you f–king feel – and then the cowards, the spineless cowards that are in Hollywood, in comedy – we have a list of these f—ing guys,” Segura told McAfee.

“Anybody who did not stand up and say some s— for Chris Rock, we’re going to ruin your f—ing life. I just want you to know that.”

Segura hated the fact that Smith was able to return to his seat after the slap and continue on with his night as if nothing happened. Segura certainly isn’t the only person out there that shares those thoughts about how things unfolded after the slap.

“It’s insane. It’s like a gross exaggeration – you see it all the time. I mean, you see entitlement everywhere and that was on full display for the world to see. I have f—ing zero respect for that b—- and I feel like more people need to come out and say it. It’s unacceptable,” Segura said.