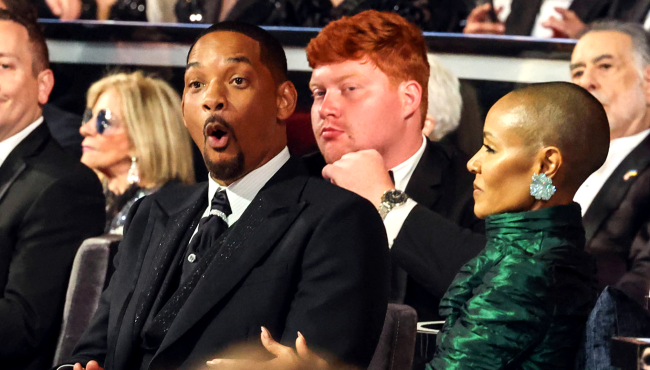 New video shot by a member of the Academy Awards audience and shared to TikTok shows Jada Pinkett Smith laughing after her husband Will walked on stage and slapped Chris Rock.

In this new angle of the incident, the actress appears to laugh at Chris Rock’s joke, “Will Smith just smacked the s–t out of me.”

She also appeared to chuckle when Rock, trying to regain his composure after being smacked, joked, “The greatest night in the history of television.”

Many people on the internet still aren’t convinced that the entire thing wasn’t staged and there are certain things that lend credence to those conspiracy theories.

I’m starting to believe it was fake.

After seeing this angle makes me feel more like it was staged. Chris leans forward a little before Will smacks him. Chris is getting ready to go out on tour. This helps ticket sales and it all fit right into Will's acceptance speech.

I agree. I would’ve grabbed my husbands arm the moment he stood up. Just image how different this would’ve turned out if the cameras picked THAT up. pic.twitter.com/BUHxP0B8KO

For instance, Will appeared to genuinely think Chris Rock’s G.I. Jane joke about his wife Jada Pinkett Smith was funny at first.

Will Smith deserves a separate Oscar Award for this switch in character. pic.twitter.com/htUJURg27I

Then there is the fact that both Will Smith and Chris Rock were smiling after the shocking slap. 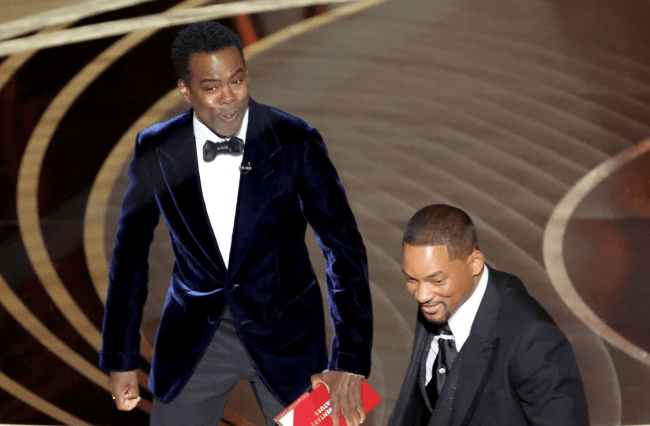 Related: Audio Of Chris Rock’s First Public Statement About The Will Smith Slap Has Been Released

Will Smith has since publicly apologized to Rock, the Academy and everyone else who was offended.

The Academy, which claims it asked Will Smith to leave following the assault on Rock, but he refused (maybe), stated that it will be conducting a review of the incident “that will take a few weeks.”