Here’s Why Conor McGregor Might Be Forced To Change The Name Of Proper No. 12 Whiskey 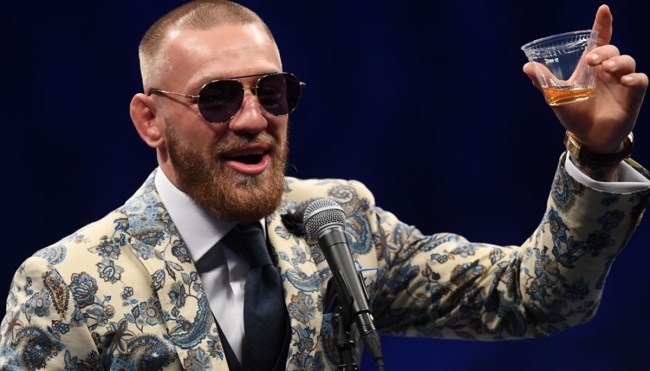 Following his loss to Floyd Mayweather in one of the most highly-hyped boxing matches in recent memory, Conor McGregor helped nurse his wounds with the glass of whiskey he poured from the bottle he shamelessly plugged over the course of the postfight press conference.

The fighter teased the upcoming release of what was initially dubbed “Notorious Whiskey,” and a little over a year later, the world was introduced to the Irish spirit that was ultimately marketed as Proper No. 12. While McGregor is no longer the dominant force he once was, the same can’t be said for the brand, as it quickly became one of the best-selling Irish whiskeys on the market and helped McGregor and his business partners rake in upwards of $600 million when they sold the bulk of their stake earlier this year.

However, according to VinePair, the drink that once led to McGregor punching an elderly man who turned down a free pour could be facing an extinction event courtesy of some new regulations that have been proposed by the Irish Whiskey Association. While the spirit meets all the criteria to label a liquor as “Irish whiskey,” the IWA appears to be less than thrilled with the potentially misleading use of “12” on the bottle; the number is a reference to the postal code of the area in Dublin where McGregor is from, but the fear is consumers could misinterpret it as an age statement (Proper No. 12 is only aged for four years).

With that said, the floated change would need to be adopted by the Irish government before a rebrand is required, so it appears McGregor is safe for now.