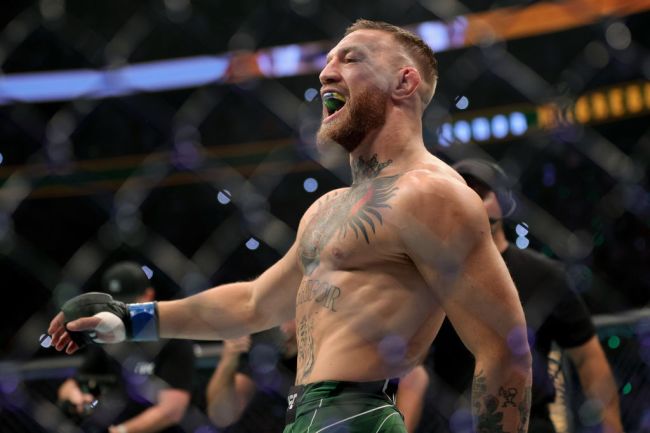 Conor McGregor provided an ultra-rare look inside the business of the UFC on Tuesday. The 33-year-old mix martial artist shared a picture of the receipt for his PPV bonus from his third fight against Dustin Poirier and it was staggering.

Although the fight itself was disappointing and The Notorious lost the rematch after suffering a broken leg, a massive amount of people tuned in.

McGregor uploaded what appears to be an official document labeled ‘PPV BUY SUMMARY FOR CONOR MCGREGOR.’ On it is a total for the number of people who purchased the fight.

By that math, at $70 per buy (in the United States, at least), the McGregor vs. Poirier III fight grossed UFC more than $105 million in one night. It just goes to show that, despite the result, he is the biggest draw in the UFC.

Think about the sheer number of people who watched the third part of the trilogy.

At least 1.5 million purchased the fight. And then factor in the watch parties, the bars, and the people who used an illegal stream.

In response to someone on twitter who pointed out the staggering figure, McGregor made sure to make it clear just how much money he has made the UFC over the years.

A multitude of times, leading to a $4.2bn dollar acquisition of the company in 2016. Then I went a multitude more, perching the company up to an almost $11bn valuation, where it sits now in today’s market. Incredible! https://t.co/IBQHn4ihHW

Now, after this confirmed total, McGregor was involved in all five of the top-five selling pay-per-view fights in the promotion’s history. That’s also crazy to think about.

The Irishman owns the UFC. Now we will just have to wait and see — if and when he returns — what his draw will look like.