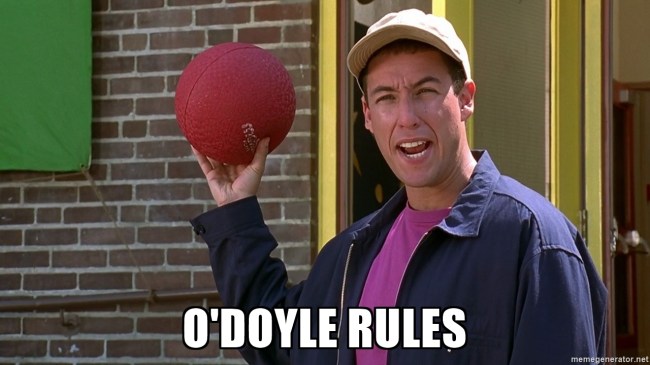 Remember the “cool kid” in school you swore would go on to do amazing things like..um…graduate. Alright, you didn’t think he’d rule the world but you figured he’d end up doing something badass since everyone treated him like he was the shit and he got away with murder.

Turns out, he’s probably just shit now, and possibly trying to get away with actual murder.

Being a “cool kid” can come back to bite you in later life, researchers have warned.

They found that teens who ‘acted cool’ at school were far more likely to struggle as an adult, and were at higher risk of alcohol and drugs, and more likely to have taken part in criminal activities. Overall, teens who tried to act cool in early adolescence were more likely than their peers who didn’t act cool to experience a range of problems in early adulthood.

“It appears that while so-called cool teens’ behavior might have been linked to early popularity, over time, these teens needed more and more extreme behaviors to try to appear cool, at least to a subgroup of other teens,” says Joseph P. Allen, Hugh P. Kelly Professor of Psychology at the University of Virginia, who led the study.

“So they became involved in more serious criminal behavior and alcohol and drug use as adolescence progressed.”

So if you feel bad for the cool kids from school, don’t, or if you want to feel better just tip him more the next time he delivers pizza.