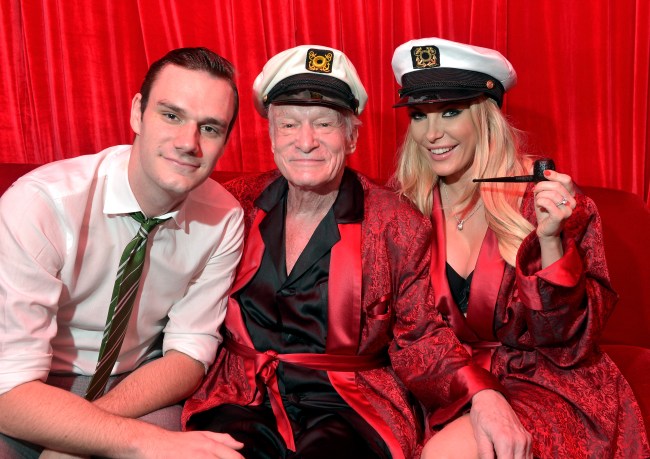 This time a year ago, Cooper Hefner was a senior executive at Playboy Enterprises. In January 2019, Hugh Hefner’s only (known) son took over as Chief of Global Partnerships for Playboy Enterprises and it was a move that sort of signaled the media world that Cooper would begin his corporate training to eventually take over Playboy in place of his late father Hugh Hefner.

His time as an executive at Playboy Enterprises was shorter than a college semester.

In April 2019, it was announced that Cooper Hefner would exit his senior role at Playboy and he would be launching a new brand, The Hefner Media Corporation, which would include a digital platform titled HefPost. Four months. That’s all it took for him to strike out and start doing his own thing.

Now, if you were to tell me that someone would start 2019 as a senior executive of Playboy and end the year by quitting the industry and joining the military I’d call “shenanigans” on you and get my broom like in South Park but that’s exactly what has transpired for Cooper Hefner.

Coop. I’m sure he doesn’t mind if I call him Coop. Coop’s been a member of the California State Military Reserve but this week he announced he was heading off to basic training for the Air Force, the first step in his new life path.

Today I informed leadership and financiers of Stag and Hefner Media Corporation I would be stepping back from focusing on launching a new company and stepping towards greater service to community and country. In a week I depart for US Air Force basic training. A new road ahead. pic.twitter.com/6GeeI5sRuB

If those Twitter + Instagram posts aren’t loading for you, the caption reads “Today I informed leadership and financiers of Stag and Hefner Media Corporation I would be stepping back from focusing on launching a new company and stepping towards greater service to community and country. In a week I depart for US Air Force basic training. A new road ahead.‬”

Honesty, good on him for doing his own thing. I’m sure money isn’t ever a concern for him and I’m not saying you can’t make $$$ in the military, but I imagine that most of the normal basic concerns in life (food, shelter, etc.) have been taken care of for him and he’s had years to really contemplate what it is he wants out of life and that search has led him to the United States Air Force. He’d previously taken over Playboy in 2016 and was the man who reintroduced nudity after the magazine ditched it.

Cooper Hefner has only married six weeks ago according to Instagram, so his life is moving a mile a minute right now it seems.

His father, Hugh Hefner, was an Army man where he got his start in writing for a military newspaper during his service between 1944 to 1946 so he now follows his father into serving our nation’s military.